Danish Kaneria banned for life by Pakistan Cricket Board

Danish Kaneria banned for life by Pakistan Cricket Board

Pakistan's disgraced spinner Danish Kaneria's career seems all but over with the country's cricket board on Friday imposing a life ban on him for indulging in spot-fixing during the 2009 English county season. 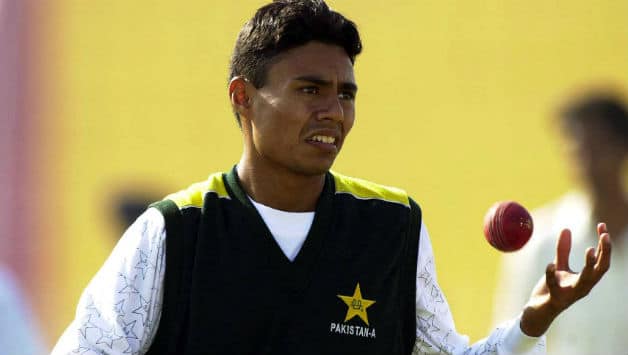 Pakistan‘s disgraced spinner Danish Kaneria‘s career seems all but over with the country’s cricket board on Friday imposing a life ban on him for indulging in spot-fixing during the 2009 English county season.

The Pakistan Cricket Board (PCB) said it was handing down the punishment after Kaneria lost his appeal against the life ban imposed on him by the England and Wales Cricket Board (ECB) this week.

“The ECB appeals panel has upheld the life ban on Kaneria and the PCB is bound to recognise, respect and enforce the ban in Pakistan,” the statement said.

The Board said Kaneria would be suspended for life from any involvement in the playing, organisation or administration of cricket in any form or manner under the jurisdiction of PCB.

The PCB said under the International Cricket Council (ICC) and PCB’s Anti-corruption code, it had been made aware of the decision by the appeals panel of the cricket discipline commission of the ECB.

And contrary to what Kaneria has claimed, the PCB said the player was duly represented in the ECB commission proceedings through a legal counsel of his choice and no question with regard to jurisdiction, composition, procedure or fairness of the Appeal Panel was raised by his counsel.

Kaneria, whose international cricket career came to a halt in August, 2010 after a spot-fixing scandal broke out in English county cricket in September, 2009, was banned for life from playing in England by the ECB disciplinary commission last year in June which found him guilty of corruption and cheating.

The panel said Kaneria posed a grave danger to the sport and said he had attempted to lure other players into spot-fixing.

ECB chief executive Giles Clarke said this week that Kaneria had tried to form a team of spot-fixers in English county cricket.

Kaneria, who took 261 Test wickets, had lodged an appeal against the life ban but the ECB announced that a disciplinary commission appeals panel had rejected his case.

The leg-spinner, whose father expired last month, said he was a victim of injustice and unfair treatment because of the non-cooperative attitude of the PCB.

“The ECB has tried to make me a scapegoat because there is problem of fixing in English county cricket. I am innocent and I will continue my fight to get my name cleared despite the odds stacked against me,” Kaneria said.

“What is disappointing is that at no stage has the PCB helped me in any way or even tried to obtain the evidence on the basis of which the ECB claims I was involved in spot-fixing,” he said.

Kaneria said the entire case against him was based on a testimony of his former Essex teammate, Mervyn Westfield, who had changed statements and was forced to appear in the appeals hearing by the ECB which threatened him with a court notice.

Kaneria is the fourth Pakistani player to be found guilty of spot-fixing since 2010 when another scandal broke out in England which led to minimum five-year bans being imposed on Salman Butt, Muhammad Asif and Muhammad Aamir.

“PCB hopes that Kaneria will reflect on his past conduct and will now initiate efforts towards redemption and rehabilitation,” the Board statement said.

Ashes 2013: Nick Compton lashes out at England after axe

What should be India’s squad for the Zimbabwe tour?