Pakistan's Danish Kaneria will try to resume his cricket career when he challenges a life ban for spot-fixing in London on Monday. 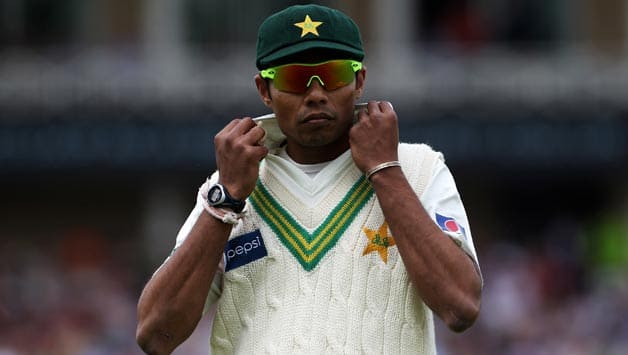 Pakistan’s Danish Kaneria will try to resume his cricket career when he challenges a life ban for spot-fixing in London on Monday.

But, heading into the start of the appeal hearing, doubt remained over whether Mervyn Westfield would give evidence against his former Essex team-mate.

Leg-spinner Kaneria was given a life ban by the England and Wales Cricket Board (ECB) last year after a panel found him guilty of inducing paceman Westfield to deliberately under-perform by agreeing to concede a certain number of runs in return for money while bowling in a county one-day match in 2009.
Although imposed by the ECB, the now 32-year-old Kaneria’s ban was effectively a worldwide sanction as all boards under the jurisdiction of the International Cricket Council (ICC) have agreed to uphold punishments imposed by individual member countries in such circumstances.

It was not until 2010 that the scandal became public broke when Essex police arrested both Kaneria and Westfield. However, the Pakistani was released without charge and has maintained his innocence throughout.

By contrast, legal proceedings against Westfield continued and he spent two months in prison, as well as being banned for five years from first-class cricket and three from recreational cricket by the ECB.
There has been speculation in the British press and on the Cricinfo website, that Westfield could be offered a deal by the ECB allowing him to play club cricket as a paid professional for Wanstead, east of London, in the Essex league if he testifies at the appeal hearing.

It is understood talks between Westfield and the board have taken place in recent days but neither party has yet made any public statement on what outcome, if any, has been reached.

Westfield’s evidence was central to the punishment imposed on Kaneria and the Pakistani’s lawyers believe any failure by the seamer to give evidence at the hearing, which is being held in private, will damage the ECB’s case.

Without Westfield, Kaneria’s legal team have high hopes their client will be cleared and be able to sue the ECB for loss of earnings.

They have argued Westfield’s evidence at the orginal hearing will be inadmissible at the appeal unless he appears in person and can be cross-examined.

Kaneria’s appeal was originally due to take place in December but was postponed until April after the ECB failed to gain Westfield’s co-operation.

Although he hasn’t played international cricket since 2010, Kaneria remains Pakistan’s most successful Test spinner with 261 wickets in 61 matches.

And, speaking to AFP in Karachi before his departure on Tuesday, he was optimistic about the chances of overturning his ban.

“I am quite hopeful,” Kaneria said. “There was no evidence against me and I have maintained that the ban was unjust and I will fight till the last.”

Kaneria’s lawyer, Farogh Naseem, had previously signalled his client’s determination to contest the ban, by saying in March: “We will definitely seek compensation from the ECB as because of the ban my client has been unable to play and earn a living.”

International cricket has borne the brunt of the sport’s various gambling scandals where, thanks to the variety of markets, scams can be attempted without having to ‘fix’ a result.

But county matches have become targets for fixers now they are televised live in Asia, where betting on cricket is illegal in several countries.

Monday’s hearing comes just days after former Pakistan Test players Salman Butt and Mohammad Asif lost their appeals at the Court of Arbitration for Sport over a spot-fixing scandal.

IPL 2013: Players and franchises have to bear cost of treating injuries at NCA