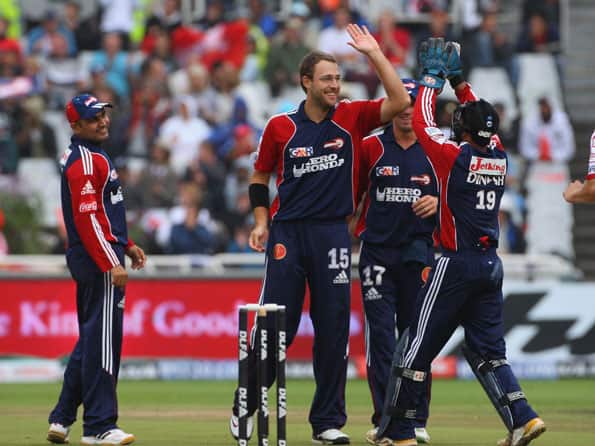 “We are pleased with the acquisitions at the Player Auction here, today, and are confident we can be competitive through the season,” said Team Mentor TA Sekhar. “Going into the auction, we were very clear that we would strengthen our middle-order batting and look for all-rounders. We are happy to have found what we targeted.”

He said Jayawardene would be a source of strength for the Delhi Daredevils middle-order. “There can be no doubt that Mahela will make a difference to the team with his vast experience and his approach,” he said. “We are delighted that we could add a true blue professional of his stature to our roster.”

In 106 T20 matches, Jayawardene has scored 2631 runs with two centuries and 17 half-centuries. His strike-rate has been 136.81 runs. With 1136 runs in 49 IPL matches, he has been among the most prolific batsmen in the tournament since its inception in 2008. He has had a stellar career for Sri Lanka, playing 128 Tests, 354 one-day internationals and 35 T20 internationals.

Sekhar said that in Russell and Bracewell the Delhi Daredevils found the quality all-rounders it was looking for. “We wanted players who could bat explosively in the death overs and give the team four effective overs. We believe Andre and Doug are exciting talent and will live up to our expectations,” he said of the young all-rounders.

The addition of Kevin Pietersen to the side this season, on transfer from Deccan Chargers, and the recruitment of some exciting Indian talent like Pawan Negi, Manprit Juneja, Kuldeep Raval and Punit Bisht are all steps towards ensuring that Delhi Daredevils goes the distance in the coming IPL season,” Sekhar said. “We have high quality fast bowling and efficient spinners and are confident that we have the combination we have been wanting.”

We had fallout with the BCCI on many fronts: Subroto Roy

West Indies-Australia third Test to be played at Dominica