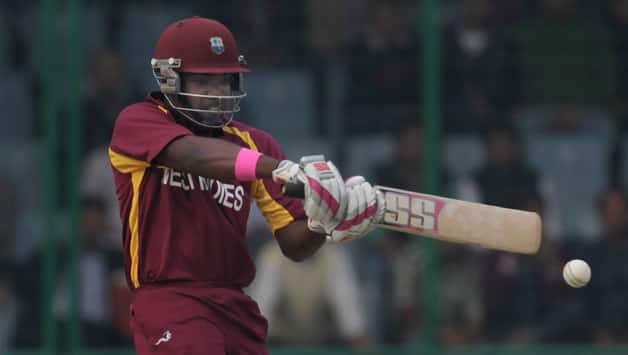 Starc has succeeded in outsmarting the West Indies batsmen with successive five-wicket hauls in the first and second of the five match ODI series which the Windies have lost.

Bravo has cautioned his colleagues against playing across the line to Starc whose considerable swing has earned him figures of five for 20 and five for 32.

“He is bowling well. He is bowling at pretty good pace. He is swinging the ball so I think it’s important for us to play as straight as possible. Don’t try to play across the line of the ball and that would put us in bad stead,” said Bravo Wednesday.

Bravo, who scored 11 in the first ODI, was bowled by Starc for 14 runs in the second before celebrating his birthday with a top score of 86 in the third ODI Wednesday.

He was also among three West Indians taking magnificent catches on a brilliant fielding day for the tourists in the second ODI.

Bravo threw himself to his right at cover point to pluck a sizzling cut by Aaron Finch out of the air.

“It was just a matter of me trying to keep my eyes on the ball for as long as possible. I believed he hit that one extremely hard and it was a catch that I believed had to stick,” Bravo explained.