Australian head coach Darren Lehmann has said that Australia cannot be the ‘genuine’ No 1 team in the world until they win a lot of series away from home and at home.

Australia reclaimed the top Test spot on ICC rankings for the first time in almost five years, moving ahead of South Africa by a fraction of a point, just ten months after Lehmann replaced the sacked Mickey Arthur on the eve of last year’s summer Ashes.

According to News.com.au, Lehmann said that despite Australia’s 5-0 summer Ashes whitewash and 2-1 upset against South Africa, the African nation will remain the best cricket side in the world until Australia widens the gap between No 1 and No. 2 by winning a lot of series away from home and at home.

Lehmann further said that Australia was at barely 70 per cent of its potential and needs to reach its target of being a ‘genuine’ No1 by winning against Pakistan, the Ashes in England, at home, against West Indies with ongoing aggression and domination.

Australia’s next Test series is a two-match clash with Pakistan in the United Arab Emirates (UAE) in October in a tour, which also includes a Twenty20 opener and three One-Day Internationals (ODIs), the report added.

Lehmann said Australia’s success in grabbing its long-chased dream to reclaim top spot on the world table is not enough as being almost unbeatable is their ultimate goal. 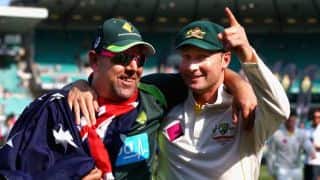 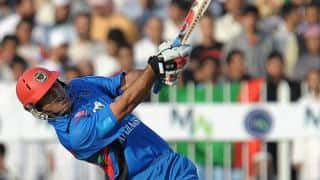