Lehmann said Hookes’s death made him realise that cricket is just a game.

Australian coach Daren Lehmann has said the death of his mentor and former Australian cricketer David Hookes ten years ago after an altercation with a pub bouncer, changed his attitude and perspective on life.

Now, after winning the Ashes against England and going one-up in the One-Day International (ODI) series, Lehmaan, in a free wheeling chat, recalls that Hookes’s death made him realise that cricket is just a game, and that life was far more important.

He says that even now he finds it extremely difficult to forget that episode, and may never get over it. He admitted that he is emotional by nature, and can understand when players show it or cry. Lehmaan also says that he has told the squad that the family comes first under all circumstances.

Lehmann recalls the last time he visited Hookes, who was on life support, in a Melbourne hospital, and found it very difficult to even say a word. Hookes was on life support after an altercation with a bouncer on January, 18, 2004 outside the Beaconsfield Hotel in St Kilda, Melbourne.

Hookes, who had been drinking with Lehmann and several other players, crashed to the ground, struck his head and went into a cardiac arrest. He never regained consciousness. Lehmann recalls speaking to an incapacitated Hookes for 20 minutes, telling him he loved him and how he would never forget what he had done for him.

He finally left the ward after kissing his old mate and whispering goodbye. Hookes stayed so firmly in Lehmann’s thoughts that months later he was batting in a Test and an image of Hookes flashed through his mind just as the bowler was about to deliver the ball. A subtle message to move on came months after Hookes’ s death when Lehmann toured Sri Lanka, the only nation where Hookes made a Test century. When Lehmann scored a Test century at Galle, he shed tears and looked skywards. 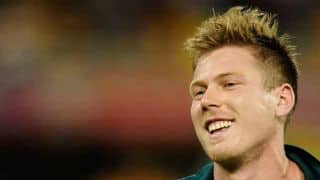