Former international cricketer and current Australia A coach Darren Lehmann will replace Mickey Arthur as the head coach of the national side, according to reports. 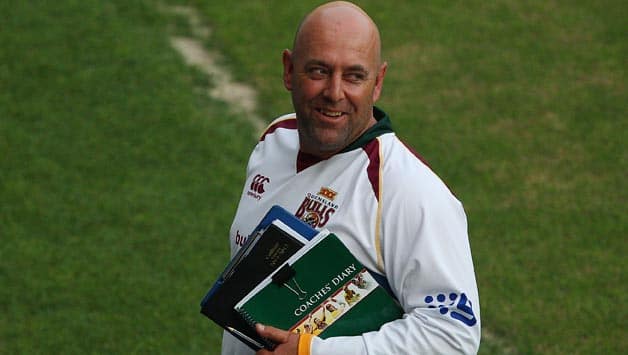 Darren Lehmann is currently the coach of the Australia A side, which is on a tour of England © Getty Images

Former international cricketer and current Australia A coach Darren Lehmann will replace Mickey Arthur as the head coach of the national side, according to reports.

Australia’s top media organisations reported on Monday that Lehmann will replace the South African Arthur as the head coach, after the latter was sacked following Australia‘s poor run and disciplinary issues within the side.

The Herald Sun said: “Darren Lehmann is the new Australian cricket coach after Cricket Australia dumped Mickey Arthur two weeks before the start of the Ashes. Arthur was dumped after a meeting with chief executive James Sutherland and high performance manager Pat Howard in Bristol last night, where Australia A beat Gloucester.”

“Lehmann is currently in England coaching Australia A and is the current Queensland coach. Cricket Australia has called a press conference for 9pm AEST,” the report added.

A few days ago, former pacer Jason Gillespie backed Lehmann to become the next coach of Australia.

He told The Telegraph: “Darren is a guy who has been successful — everything he touches turns to gold,” Gillespie said. “You go on his record: well respected everywhere, players and staff love him. He is Aussie A coach, over here with the squad, coached Queensland to a title in the Sheffield Shield, one-day and Big Bash League, won an Indian Premier League crown with Deccan Chargers.”

Australia’s Ashes campaign against England was in turmoil on Monday after coach Mickey Arthur was sensationally sacked, sources said, with Lehmann seen as favourite to replace him.

Arthur was dumped after a meeting with Cricket Australia (CA) chief executive James Sutherland in Bristol, reports said. A source confirmed the news to AFP.

Queensland coach Lehmann is the firm favourite to replace Arthur, whose contract was due to run until the end of the World Cup in March 2015, the report said.

MS Dhoni's advice to Team India: God helps those who help themselves