West Indies Twenty20 captain Darren Sammy has hailed the performances of Man-of-the-Series Andre Fletcher and hoped the top order batsman to cement his place in the regional squad. Fletcher struck 62 in Sunday’s second and final T20 against New Zealand, as the West Indies pulled off a 39-run win at Windsor Park to earn a 1-1 share of the series, reports CMC.

The 26-year-old also top scored with 52 in a losing effort in the rain-hit first T20 Saturday and was named the Man-of-the-Match. “It is good for him. He has been in an out of the team and in and out of the eleven, so for him to come back into the team and lead the batting, it’s good for us and it’s also good for me from a Zouks point going into the CPL,” Sammy said. “Well done by him and hopefully he can continue and be a permanent member of the team.”

Sent in, West Indies mustered 165 for six from their 20 overs, with Lendl Simmons chipping in with an aggressive 36 from 34 deliveries. In reply, West Indies dismissed the Black Caps for 126 off 19.1 overs, with opener Kane Williamson getting the top score of 37 from 28 balls.

Left-arm seamer Sheldon Cottrell, who missed the first game, took three for 28 while wily off-spinner Sunil Narine claimed two for 19 from four frugal overs. “It was the last game of the series, there was a good crowd and it was good to give them a victory, so we are quite happy with the result. There was no rain … both sides enjoyed the same conditions so it shows that when it’s level (playing field), we are a force to be reckoned within this format,” Sammy said.

“It was an all-round team effort with both bat and ball. Fletcher played well in both matches so congrats to him but all in all it was a good victory. (There were) well executed plans out there in the middle.”

Sammy said the rain had been a key factor in Saturday’s loss but praised his team for the way they responded. “In the first game it was quite difficult to defend 130-odd with a wet ball but we needed a victory and we went all out to get that victory so credit to the way they went out and played in front of that packed Dominican crowd,” said Sammy.

Catch all the coverage of the West Indies vs New Zealand 2014 series here. 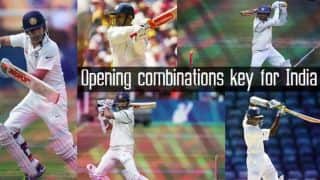 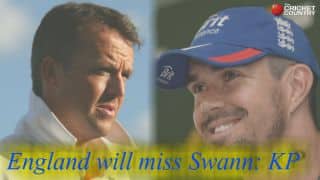