West Indies won the World Twenty20 in 2012 and 2016, but have had little success in cricket's other formats recently.

Former captain Darren Sammy has warned that leading players will continue to favour plying their trade in Twenty20 tournaments around the world ahead of representing the West Indies. Cricket West Indies pick players for their international sides only if they feature in that format domestically, meaning the likes of star batsman Chris Gayle and all-rounder Marlon Samuels are absent from the Test and one-day squads. Most of the region’s top players appear in the Caribbean Premier League Twenty20 tournament but their first-class and one-day competitions often clash with far more lucrative Twenty20 events elsewhere in the world. READ: Darren Sammy sad for not being picked for West Indies

All-rounder Sammy, who has not played for the West Indies since leading them to the 2016 World Twenty20 title in India, believes there’s no prospect of the big names returning to international duty any time soon. “With the current administration I don’t see that happening,” Sammy told BBC Radio Five Live on Monday. “I can’t tell a player not to play in a league when it could make them financially stable to look after their family,” the 33-year-old added.

West Indies won the World Twenty20 in 2012 and 2016, but have had little success in cricket’s other formats recently. They are currently eighth in the International Cricket Council (ICC) Test rankings and ninth in the ODI standings a position that saw them fail to qualify for this month’s Champions Trophy in England and Wales.

“The way we structure our cricket, we’re not going anywhere,” Sammy added. “I’m very scared we will be relegated to be playing against Ireland and Scotland. It’s very sad for us. If you really have West Indies cricket at heart you will have the right players for all the formats playing and helping you get to tournaments,” he added ahead of their upcoming tour of England. 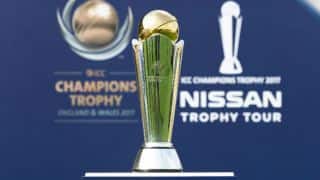 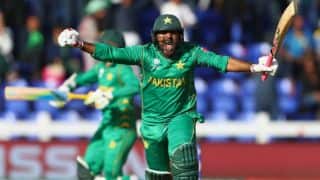