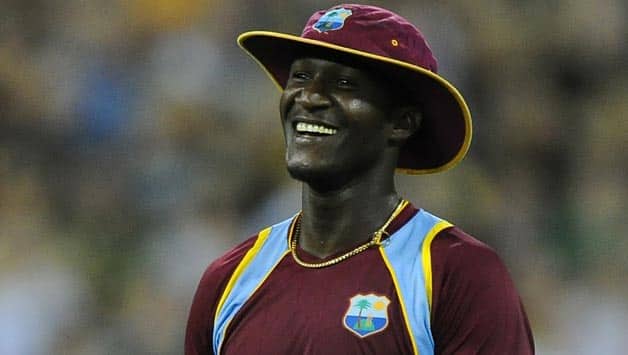 Part of the new contract, covering 2013 to 2015, includes the continued use of the top St. Lucian cricketer in promotional and marketing activities.

Digicel will also provide monetary assistance to Sammy and will supply him with a number of gifts including the latest handsets and call credit.

“I remain proud to be the face and sporting ambassador for this truly extraordinary company,” said Sammy on Tuesday.

“I know well of Digicel’s involvement with the youth, and sports resonates with them. I look forward to engaging in more youth clinics where I can offer cricketing tips, but also serve to motivate the youth to reach their true potential.”

Sammy made history by becoming the first St. Lucian to be selected in the West Indies team.

He was later promoted to captain the team at a critical period and his leadership is widely believed to have contributed to a resurgence of West Indies cricket.

Earlier this month, Digicel announced that it was extending its sponsorship of the West Indies cricket team for another three years until September 2016.