Former West Indies captain Darren Sammy has been roped in to promote the upcoming ICC Women's World T20 2018 that starts in November.

Former West Indies captain Darren Sammy has been roped in to promote the upcoming ICC Women’s World T20 2018 that starts in November.

West Indies will host the marquee event from November 9-24 with Guyana, St Lucia and Antigua scheduled to host matches.

Sammy will be seen promoting the ICC tournament after joining the Windies Ambassador Programme. Cricket West Indies’ has began the initiative to involve current and former cricket stars in promotion of its cricket related activities.

“It is an honour and a huge pleasure to join the team for the ICC Women’s World T20. This is going to be a great event for our region and for our women, who have for generations helped to build our communities … in St Lucia and across the West Indies. In doing so, they have made an outstanding contribution to our cricket,” Sammy said.

The West Indies women cricket team are the defending champions and have been placed in Group A with England, South Africa, Sri Lanka and Bangladesh. Group B comprises India, Australia, New Zealand, Pakistan and Ireland. 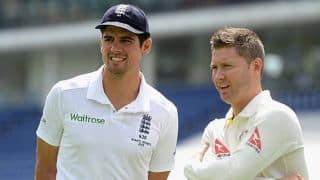 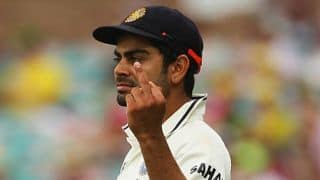 'I'm so sorry, please don't ban me!' – Virat Kohli reveals how he got away after flicking the finger at SCG