The English all-rounder was charged for match-fixing in the BPL in August 2013.

Kent all-rounder Darren Stevens has been cleared of corruption charges in Bangladesh, he said. In August, the Englishman was charged with failing to report a corrupt approach to participate in match-fixing while playing for the Dhaka Gladiators in the 2013 Bangladesh Premier League (BPL) Twenty20 competition.

The charge carries a maximum penalty of a five-year suspension from cricket and had Stevens been found guilty, it would have almost certainly ended the 37-year-old’s professional career.

However, Stevens again insisted that he had never been party to any corruption, telling English county Kent’s website: “I would officially like to thank the tribunal for their verdict and in particular their determination of non-guilty findings in charges brought against me by the BCB.

“I can assure all of the fans of the Dhaka Gladiators, the people of Bangladesh and all cricket followers, that I have always played the game of cricket honestly, with integrity and to the best of my ability.

“I have loved playing cricket in Bangladesh, as well as everywhere else in the world and I hope that I will be allowed to continue to play cricket globally.”

Kent chief executive Jamie Clifford added: “I speak for all at Kent when I say that I am delighted for Darren that this verdict was reached.

“All Kent supporters will wish him well of course and we all look forward to his return to Kent colours at the start of the 2014 season.”

One of the owners of Dhaka Gladiators, Shihab Jishan Chowdury, has been found guilty of “being party to an effort to fix” a match in the 2013 BPL.

But six others, including Stevens, were discharged as not guilty by the tribunal investigating alleged corruption in the BPL.

In a statement issued with the BCB, the International Cricket Council said it was “surprised “and “disappointed” with Wednesday’s outcome.

“The International Cricket Council (ICC) and the BCB have received the determination and are surprised and obviously disappointed with the outcome.

“Both organisations await the tribunal’s detailed written determination setting out the reasons for the outcome, which will be provided shortly, and will consider it carefully before determining the next steps, including whether to appeal any aspect(s) of the judgment.

“In the meantime, no further comment will be made by either the ICC or the BCB,” the statement added.

He was allegedly involved in fixing a match between the Dhaka Gladiators and the Chittagong Kings during the second edition of the BPL in 2013. 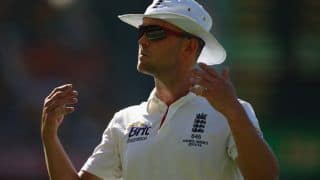 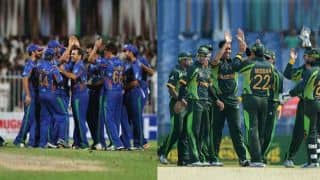