English cricketer Darren Stevens on Wednesday admitted to being charged by the International Cricket Council (ICC) with failure to report attempted corruption in the Bangladesh Premier League (BPL). 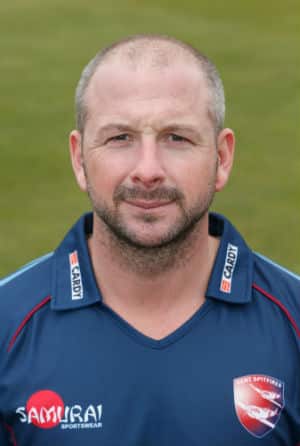 English cricketer Darren Stevens on Wednesday admitted to being charged by the International Cricket Council (ICC) with failure to report attempted corruption in the Bangladesh Premier League (BPL).

The ICC announced on Tuesday that seven people had been charged with match-fixing in the BPL, with a further two accused of failing to report approaches to fix the 2013 edition of the Twenty20 competition.

“I confirm that I have been charged by the ICC with a failure to report a corrupt approach made to me during BPL2 in February this year,” Stevens said in a statement released by his English county side Kent.

“I have not been involved in any corrupt activity and have not been charged with any and I am cooperating with the ICC and ACSU (Anti-Corruption and Security Unit) in their investigation and prosecution of the corruption charges in matters relating to the BPL.”

The charge Stevens is facing carries a maximum penalty of a five-year suspension from cricket. He and the other individuals have 14 days in which to enter their pleas.

Stevens is the first of the nine people accused to reveal his identity.

The 37-year-old all-rounder added that he was “totally against” corruption and “would never do anything other than perform to the best of my ability in any game”.

He also revealed that he has not been banned from playing by the ICC — unlike the seven people directly accused of corruption — and therefore remains “willing and able” to play for Kent.

The charges stem from Stevens’s tenure with the Dhaka Gladiators BPL team, which the ICC has confirmed is the only club being investigated over allegations of match-fixing and spot-fixing.

All of the nine people under investigation have been charged under the Bangladesh Cricket Board‘s (BCB) anti-corruption code and face a disciplinary tribunal hearing.

The charges were announced on Tuesday by ICC chief executive David Richardson, but he did not reveal the identities or nationalities of those charged.

The scandal has already ensnared Mohammad Ashraful, the former Bangladesh captain, who made a tearful confession to match-fixing on national television in June after being quizzed by the ICC’s officials.

He was allegedly involved in fixing a match between the Dhaka Gladiators and the Chittagong Kings during this year’s second edition of the BPL.

Local media have reported that the batsman was paid about one million taka ($12,800) to lose the match on February 2.

Ashraful, who became the country’s youngest Test centurion in 2001 at the age of 17, was also allegedly involved in fixing another match 10 days later against the Barisal Burners, which his team lost by seven wickets, local reports have said.

The affair has further shaken confidence in the game across South Asia.

Bowler Shanthakumaran Sreesanth and 38 others were charged by Delhi police in July over alleged spot-fixing in the Indian Premier League, while former Bangladesh spinner Shariful Haque was given an indefinite ban last September after being found guilty of spot-fixing during the first season of the BPL.

In March the BCB banned international umpire Nadir Shah for 10 years after a sting operation by an Indian TV channel found him apparently willing to fix matches for cash.

In Sri Lanka, all-rounder Kaushal Lokuarachchi had been questioned by the local governing body of the sport, Sri Lanka Cricket (SLC), in connection with the BPL scandal.

“He has already explained the circumstances. He has not been charged with match-fixing, but he is accused [by the ICC] of failing to report an improper approach,” a source close to Lokuarachchi told AFP.

Lokuarachchi played in a domestic tournament in Colombo on Wednesday and had not been barred from the game unlike the seven in Bangladesh, the source said.

Sri Lanka Cricket is yet to make a formal announcement about Lokuarachchi’s involvement.