Former South African cricketer Daryll Cullinan has decided not to support the format of having two captains for different matches as he believes that it could lead to confusion among players. Cullinan said that teams identify with one captain and it gets divisive when there are two captains.

According to Sport24, Hashim Amla was named as South Africa’s new Test captain, replacing the retired Graeme Smith. He was picked ahead of AB de Villiers, who was named vice-captain. However, the roles are reversed in the ODI format though, where De Villiers is captain, and Amla his deputy.

Cullinan expressed his displeasure at the switch and said that it was an unfavorable time to make decisions regarding Test captaincy around such a ‘conundrum.’ He further added that the obvious solution would have been to put faith in Quinton De Kock as the long-term wicketkeeper, and then give both [ODI and Test] captaincy roles to either De Villiers or Amla. 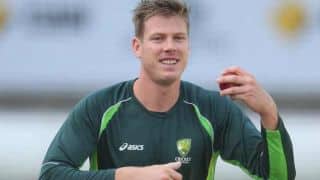