David Gower has said that the star batsman put his ego before the team's benefits.

Former England captain, David Gower has joined the list of critics who believe that controversial batsman Kevin Pietersen had allowed his ego to come before the needs of the team in England’s 0-5 Ashes hammering by Australia.

Pietersen’s future in international cricket remains shrouded in doubt, even though he finished the whitewash as England’s top scorer, and although team director, Andy Flower denied reports that he had issued a ”KP or me” ultimatum, he has not backed the star publicly.

According to News.com.au, although Gower still believes Pietersen could be part of England’s future, he however, thinks that the senior batsman let his desire to impose himself on the Australian attack get the better of him too often in the five-Test series. Gower also feels England was entitled to much more from Pietersen than an approach borne of the reckless attitude — ”that is the way he plays”, adding that Pietersen did not seem to understand the difference between wanting to establish mental dominance over a bowler and playing stupidly.

Stating that in the first two Tests, Pietersen was a prime candidate to make big scores and turn the series for England, Gower however, said that the batsman’s absolute insistence to try to dominate and show his ego at all costs, was misjudged, adding that his egotistical desire to prove himself superior and bat with disdain cost him and the team eventually. 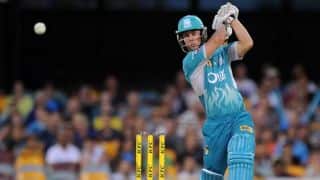