Al Jazeera is not willing to share unedited footage as it claims it will reveal their sources.

The ICC Chief Executive David Richardson today once again urged the Al Jazeera network to provide unedited footage of their sting operation on alleged spot-fixing and pitch-fixing in Test matches involving big teams like India, Australia and England. The ICC has been demanding unedited footage and GM (ACU) Alex Marshall said that Al Jazeera has not co-operated, something that Richardson reiterated today.

“I ask Al Jazeera to release to us all the material they have relating to corruption in cricket. We will conduct a full, thorough and fair investigation and will ensure no stone is left unturned as we examine all allegations of corruption made in the programme,” Richardson said in a statement.

“To do so, we need to see all the evidence they state they possess.”

Al Jazeera is not willing to share unedited footage as it claims it will reveal their sources. Richardson assured the Qatar-based network that their “sources will be protected”.

“I am encouraged by their public commitment to co-operate and now ask that they do so, in releasing all relevant material. We understand and fully respect the need to protect journalistic sources and our ACU team have worked with other media companies on that basis.

“However, to prove or disprove these allegations, we need to see the evidence referred to in the programme,” Richardson said.

Al Jazeera had aired a documentary where an alleged member of the Dawood Ibrahim gang (better known as ‘D Company’) Aneel Munnawar was seen talking about fixing pitches and results to an undercover reporter.

Three Test matches involving India (vs Sri Lanka in Galle, vs England in Chennai and vs Australia in Ranchi) are under scanner after the sting.

The channel had ‘beeped’ the names of England and Australian cricketers, citing the ongoing ICC investigation.

However, both Cricket Australia and England and Wales Cricket Board have come out strongly in support of their players, rejecting charges of corruption. 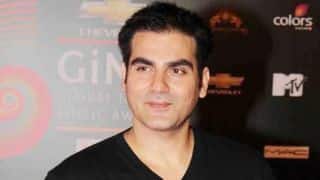