David Warner is in the news currently for his tweets to the fellow Australian journalists which has made Cricket Australia slap a fine on the Australian opening batsman. 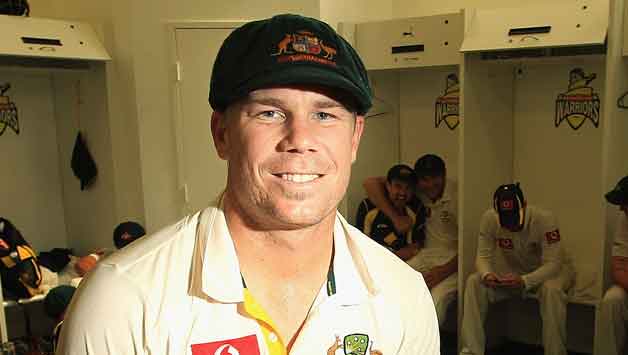 David Warner posted a tweet with expletives aimed at journalist Robert Craddock, urging him to “get a real job” © Getty Images

David Warner is in the news currently for his tweets to the fellow Australian journalists which has made Cricket Australia slap a fine on the Australian opening batsman.

But skipper Michael Clarke has thrown his support behind embattled opener David Warner, saying Wednesday he could still captain Australia despite facing a disciplinary hearing over a Twitter rant.

Warner is due to appear at Cricket Australia later Wednesday over an alleged code of conduct breach after a heated social media tirade at two of the country’s top cricket writers.

He faces sanctions ranging from a fine to suspension or counselling.

Clarke said Warner, who launched his rant while playing for the Delhi Daredevils in the Indian Premier League tournament, had apologised and learned from the incident.

“He’s apologised and made it very clear it was unacceptable,” the skipper said ahead of his weekend departure to England for the Champions Trophy and the Ashes series.

“I look forward to having Davey home and having him around the Australian cricket team,” he added.

“He’s a great man and I love playing cricket with him and I’m really confident that if he continues to grow as he has done over the past four or five years there’s no reason, in my opinion, why he hasn’t got the potential to captain Australia one day.”

The IPL tournament was rocked last week by accusations of spot-fixing against three players, including Indian Test paceman Shanthakumaran Sreesanth.

Warner took exception to a story in Sydney’s Daily Telegraph critical of the tournament and which used his picture.

After posting a tweet with expletives aimed at journalist Robert Craddock, urging him to “get a real job”, Warner then took issue with Craddock’s News Ltd colleague Malcolm Conn in abusive tweets that sparked a back-and-forth exchange.

On Tuesday, Cricket Australia said it had no immediate plan to curb the use of social media by players, but suggested it could happen in the future.

IPL 2013 spot-fixing controversy: S Sreesanth was seen as a vulnerable target by bookies