Amongst the women cricketers, Jess Jonassen and Megan Schutt also thanked their father's.

On Sunday morning, Australian cricketers took to social media to thank their fathers on Father s Day. David Warner acknowledged his father and his daughters, Ivy Mae and Indi Rae, ahead of the ultimate clash against Bangladesh at Chittagong. It is also Ivy s birthday, and Warner wished his daughter on time amidst the busy schedule. Usman Khawaja, too, remembered his father on this occasion. Shane Warne took to Twitter for wishing his father. Michael Clarke celebrated this day with his father and daughter Kelsey Lee Clarke. On the other hand, Shaun Marsh was seen taking a stroll with his son Austin Ross.

Happy Father’s Day to my old man @howiew31 what a legend he is. Have a great day dad. Love ya.

I’m really looking forward to seeing my 3 amazing girls next week. I love you. @candywarner1 A post shared by David Warner (@davidwarner31) on Sep 2, 2017 at 7:57pm PDT

Luckily thanks to FaceTime I get to sing happy birthday to my daughter Ivy Mae as @candywarner1 surprised her with our families on Father’s Day. Sorry daddy could not be there but you will be with me on your actual birthday next week. #thingswemiss #grateful #workworkwork A post shared by David Warner (@davidwarner31) on Sep 2, 2017 at 11:24pm PDT

Happy Father’s Day dad and to all the fathers out there pic.twitter.com/2aMUeE0t8C Michael Clarke (@MClarke23) September 3, 2017

Happy Father’s Day to all the great dads out there ! To my father, thankyou for all your advice, guidance & support. I love you very much x

Happy Fathers Day @mitchjohnson398 I love this picture of the three of you. I love watching you playing with our kids such a beautiful thing. ps she picked the butterfly paper for daddy herself A post shared by Jessica Bratich Johnson (@jessicabratichjohnson) on Sep 2, 2017 at 5:17pm PDT

With my little man

Happy Father’s Day to the best dad and my number 1 supporter right from the beginning. I love you dad#throwback #badhairday pic.twitter.com/K2Y2GvtOxL

Happy Father’s Day Tha the children have been blessed with a Father who is a champion in everything.#bleesings#Thank you pic.twitter.com/J2cxsqq1Qj Sonali Arnold (@sonaliarnold78) September 2, 2017

Mitchell Johnson spent some quality time with his children. Meanwhile, Jake Lehmann dug a classic picture of Australia s coach and his father Darren Lehmann from his playing days. Nathan Bracken took a walk with his children at the coast. New Zealand’s Corey Anderson posted an old childhood picture with father on this eve, while Russel Arnold s wife Sonali Arnold praised her husband for being a doting father.

Amongst the women cricketers, Jess Jonassen and Megan Schutt also thanked their father. 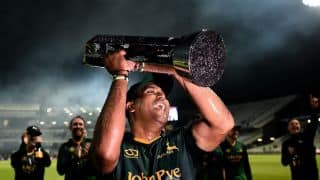 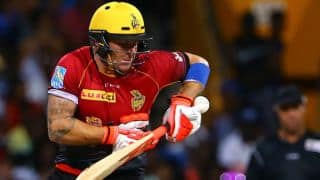