A text message by a friend might have sparked David Warner to burst out on Twitter at an Australian journalist, breaching Cricket Australia’s code of behavior. 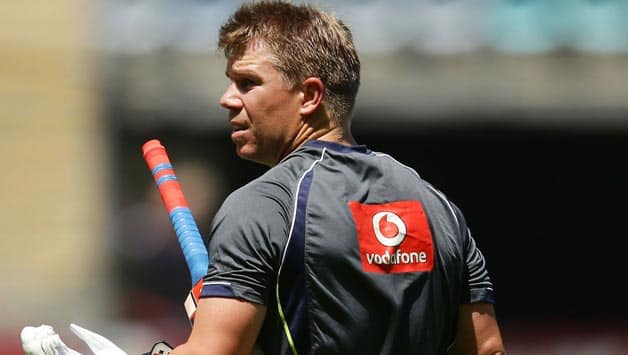 A text message by a friend might have sparked David Warner to burst out on Twitter at an Australian journalist, breaching Cricket Australia’s code of behavior.

Warner bursted out with abusive tweets at Robert Caddock, who had written on IPL spot-fixing scandal along with the batsman’s image alongside arrested Rajasthan Royals cricketer S Sreesanth, as mentioned by Sydney Morning Herald.

Warner was angry about the journalist carrying his image on an article that sighted the negatives of Indian Premier League.

He tweeted, ”sick of being woken up by crap tweets and articles like @crashcraddock1 crap.”

He then got into an argument on the popular networking site with veteran cricket writer Malcolm Conn.

Warner has to now face CA commissioner to justify his ‘unbecoming behaviour’.

Rule 6 states that “players and officials must not at any time engage in behaviour unbecoming to a representative player or official that could (a) bring them or the game of cricket into disrepute or (b) be harmful to the interests of cricket…this rule applies at all times where the unbecoming behaviour involves the player being involved in public comment or comment to or in the media.”

Warner is all set to face disciplinary action for his twitter rant against two journalists as Cricket Australia will conduct a hearing against the explosive batsman after charging him for a breach of its code of behaviour on Sunday.

The opener will leave for Sydney early next week before heading for ICC Champions Trophy with rest of the Australian squad.

The incident comes months after Shane Watson and few others were suspended for not completing a homework asked by Mickey Arthur during the tour to India.

However, Warner’s popularity increased on Twitter. The southpaw added 7000 new followers on the social media website in the past two days.