Australian batsman David Warner has deemed Ian Healy’s recent criticism of Matthew Wade as a 'bit sad’ after the former Australian wicketkeeper expressed his concerns over Wade’s work behind the stumps and his concentration. 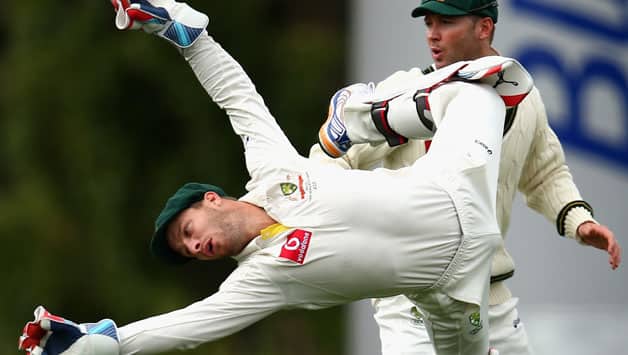 Australian batsman David Warner has deemed Ian Healy’s recent criticism of Matthew Wade as a ‘bit sad’ after the former Australian wicketkeeper expressed his concerns over Wade’s work behind the stumps and his concentration.

Healy, who claimed 395 dismissals in 119 Tests for Australia continued to question Wade’s presence in the team and said that he was under achieving on radio station RSN, as reported by cricket.com.au

In response, Warner said, “I just think in general, if you’re going to have a go at someone then it shouldn’t be someone from Australia. You have to support the guys and get behind them. Maybe ‘Heals’ can go to ‘Wadey’ with a few tips rather than coming out in the papers (with that). Sometimes it can be a bit sad. If you have a problem with someone, you usually go to the person.”

“You are always going to get criticised for what you do, but I think Matty’s glovework has been good. It is hard because if he misses one ball, he is the only guy who can be blamed for that and that’s the hardest thing about wicketkeeping.

“Matty’s not going to go 10 games in a row where he is not going to miss a ball. Keeping is keeping and I think he’s doing a fantastic job. It is good to see him scoring runs as there was a little bit of pressure on him.”

“But he came out and delivered and showed exactly why he deserves his place in the team. He’s finding his form. We’re all trying to cement our spot in the team and he’s doing well. Maybe he’s still nervous, but that’s all of us and I’m the same.”

Healy expressed his concern over Wade’s inability to stick to the basics of wicket keeping and said, “Even some of the basic stuff that he’s not tidying up. He’s not getting to the stumps, he’s not taking returns well (and) he’s not sharpening up the fielding effort.”

“So even those basic disciplines weren’t being created, let alone missed dismissals. I’m pretty sure (Australian spinner) Nathan Lyon wouldn’t have been that happy. There were four or five chances missed from his bowling (this summer) and he’s getting criticised for not taking wickets. So these are all the little internal conflicts of an under-achieving wicketkeeper.”

“Right now, the Australian cricket team in its Test form needs the best wicketkeeper. And we’ve got to find out who that is, someone who’s not making mistakes.”

Wade was recently rested from the Australian side for the first two ODIs against Sri Lanka, with Brad Haddin filling in.