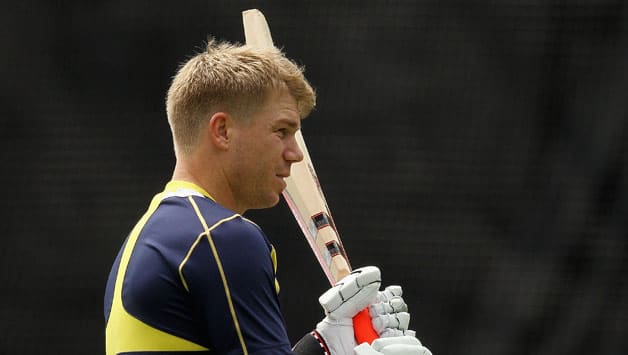 Samuels faces two charges which have been delayed due to his nasty eye injury sustained while playing for Melbourne Renegades against Melbourne Stars, captained by Warne.

Warne was suspended for a match and fined $4,500 after the ugly showdown with Samuels Sunday.

“I’ve had my heated battles as well on the field with Marlon,” Warner said in an interview Sky Sports.

“He needs to control himself on the field. It’s white line fever a lot of people can get when we’re out there.”

Warner and Samuels clashed at the T20 World Cup in October in an incident that required intervention by the umpires.

Samuels is also reported to have clashed with Adelaide Strikers coach Darren Berry earlier in the BBL.

“Obviously it’s not good for the game and some players can take aggression too far,” said Warner.

“The guys need to settle it off the field and have a chat about it.”

Samuels was ruled out of the rest of the tournament and is likely to miss the West Indies One-Day International series tour of Australia next month.

He has been replaced in the Renegades squad by England international Alex Hales, who hit four sixes in one over against Sydney Sixers Wednesday.

Samuels, who is recovering from a suspected broken eye socket, has been ordered by doctors to remain as still as possible to avoid the chance of bursting a blood vessel and causing permanent damage to his vision.

“He’s not bitter, he’s just bemused. He doesn’t hold any grudges, he’s just surprised that he seems to have been singled out,” said Melbourne Renegades boss Coventry.

“So when it comes to these sort of incidents … if it’s tactical, it just shouldn’t be happening.”