Warner has now scored 1014 second innings runs in Test cricket at an average of 48.29.

After Australia completed a stunning 281-run win over South Africa in the first Test at Centurion on Saturday, David Warner is keen to get more runs at the start of the innings rather than at the fag end of it.

Warner who scored a superb 115 in Australia’s second innings, hit the final nail in the South African coffin with his aggressive stroke play as he punished the home team’s bowlers mercilessly, thus stitching up a match-winning partnership of 205 runs with Alex Doolan in the process, reports the Sydney Morning Herald.

When asked about the many reprieves he got during his innings Warner replied,” Over the summer I’ve had a couple of chances here and there. But that’s cricket,” he said. ”I’ve been at the other end and fielding at gully and point and thinking, ‘This person gets so much luck’ … it’s always good to have luck on your side. But look at the first innings, the shot that I played there. I felt there was a bit of luck there on the South Africans’ side – I could have hit that for four but I inside-edged it and got bowled. That’s the game. That’s how it is.”

Warner was dropped thrice during his innings and also luckily survived a run-out appeal on day three of the match.

After his century, Warner has now scored 1014 second innings runs in Test cricket at an average of 48.29, with four centuries and three half-centuries also in his kitty.

Warner has also scored 1037 runs at an average of 37.04 in first innings in Test matches, with two centuries and seven half-centuries to his credit.

“At the moment I’m scoring consistent runs, but I’d like more in the first innings than in the second innings,” said Warner.

Warner was also full of praise for his partner Alex Doolan who he felt handled the South African bowlers with consummate ease.

“We know, as Australians who’ve played against him in domestic cricket, he always had it in him. It’s good to see him get out and score some runs. He’ll be disappointed with the way he got out, but we’re looking good for the future,” said Warner of Doolan.

But South African vice captain AB de Villiers has a different opinion as he feels his bowlers have it in them to sort out Doolan for the remainder of the series.

“He played well. I’m not sure he’s very comfortable at this level yet. Obviously he scored some runs and did well. He looks like a good player, but it’s certainly an area we can attack if we do get a bit of confidence and momentum on our side. He batted quite well but obviously the pressure is on our side. He didn’t feel a lot of pressure in this innings but hopefully along in this series we can exploit a few of the weaknesses in the top order,” concluded de Villiers. 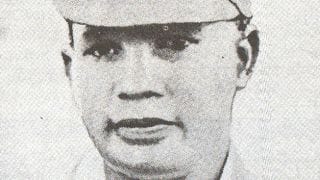