Warner's wife Candice too tweeted the same video. "Just like her daddy @davidwarner31," she wrote in one video. 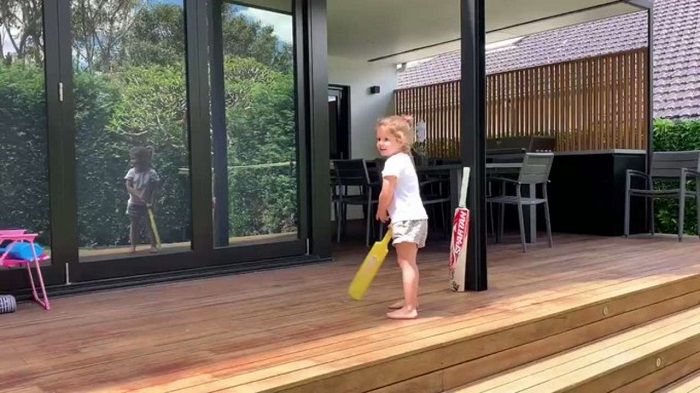 Australia opener David Warner has a huge fan base in India specially after his exploits with Indian Premier League (IPL) franchise Sunrisers Hyderabad (SRH). Whenever the left-handed batsman tours India, more often than not, he also ensures his family wife Candice and daughters Ivy Mae, Indi Rae travel along with him.

The Warners have travelled so much to India that now one of his daughters Ivy Mae wants to become India captain Virat Kohli.

In my spare time 🤔 @candywarner1 Caption This??

In a video uploaded by Warner on Instagram, the three-year-old daughter of the Australian was seen playing cricket with his family. But what catches attention is the fact that the young girl is mumbling – “I am Virat Kohli”, while hitting the ball with her bat.

The 33-year-old cricketer posted the video on Instagram, in which he captioned the video – “I’m not sure about this one. Indi wants to be Virat Kohli.”

Warner’s wife Candice too tweeted the same video. “Just like her daddy @davidwarner31,” she wrote in one video.

“This little girl has spent too much time in India. Wants to be @imVkohli,” she captioned the next.

The couple welcomed their third daughter Isla Rose Warner early this year. The birth of Isla Rose now means Warner has three daughters under the age of five, with Candice having previously given birth to Ivy-Mae and Indi-Rae in Australia.

Since the 2014 season, Warner has been one of the go-to batsmen. In that edition, he finished fourth in the top run-getters list, which was topped by Robin Uthappa. He missed the 2018 season after being banned for his role in the infamous ball-tampering scandal, but he came back roaring to the top in 2019. He smashed 692 runs in 12 matches at an average of 69.20 and a strike rate of 143.86. 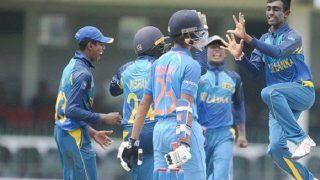 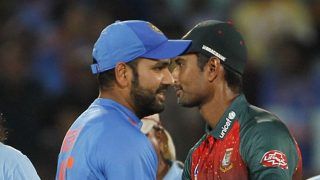