The reactions from both Warner and his wife were understandable considering the tough time they have gone through both on and off the field in the past one year.

Australia opener David Warner slammed his maiden triple ton in the longest format of the game at the Adelaide Oval on Saturday. Warner’s wife Candice Warner, who was also present in the stands, could not control her emotions after the opener reached his maiden triple ton. Warner finished unbeaten on 335 when his side declared their innings at 589/3 on the second day of the Day-Night Test against Pakistan.

An elated Warner was seen celebrating after notching up his 300 with a boundary off Mohammad Abbas, wife Candice was spotted wiping tears from her cheeks after her husband reached the milestone.

The reactions from both Warner and his wife were understandable considering the tough time they have gone through both on and off the field.

Warner was banned from cricket for a year for his involvement in the infamous ball-tampering incident in Cape Town. He returned to Test cricket after the ban, he could only manage 95 runs in 10 innings in the Ashes in England.

With the triple hundred, Warner’s score is now the highest individual score at the ground as he surpassed Don Bradman’s 299. He also went past Don Bradman’s score of 334, which was also the highest score of former Australia skipper Mark Taylor.

The highest individual score for an Australia lies with opener Matthew Hayden with 380. He hit that against Zimbabwe in 2003 in Perth.

Warner’s triple hundred is actually the first from an Aussie since former captain Michael Clarke’s unbeaten 329 against India in January 2012. Meanwhile, his triple ton is the first by a left-hander after Kumar Sangakkara’s 319 against Bangladesh in February 2014. 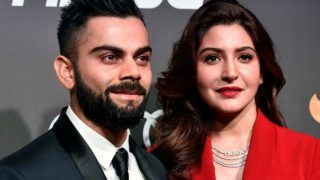