David Willey was hurt and disappointed despite knowing it could very well be him who will get the axe to make way for Jofra Archer. Despite being part of their ODI setup as England prepared to launch a renewed bid for a maiden World Cup title after a disastrous show in 2015, David Willey was dropped at the last moment to make way for the highly-rated Jofra Archer in their squad for the showpiece event last year.

And the emotions got the better of him when England lifted the ODI World Cup trophy beating New Zealand in the final at Lord’s while he witnessed the action from a distance.

He was hurt and disappointed despite knowing it could very well be him who will get the axe.

“I remember sitting down in 2015 at Edgbaston, we were talking about this being the group of players going to the World Cup,” Willey was quoted as saying by independent.co.uk. “But it’s professional sport: you’re flavour of the month one minute and when things change you’re moved to the side.”

Willey remembers shedding a tear but at the same time feeling happy for the team. “That doesn’t mean it hurt any less. I remember shedding a tear during the final, I’d been a part of that group of lads for four years so it was hard to watch. But I was absolutely delighted for the lads I’d been with in that time and it was absolutely brilliant for English cricket,” he said.

He congratulated each member of the winning squad but not all of them replied. “I messaged every single lad that was a part of that group in that final. I think most of them replied but there was a few lads that didn’t respond,” he said.

The tinge of disappointment notwithstanding, Willey has now a new aim – playing for England and targeting a spot in the squad for the ICC T20 World Cup in October this year. In 46 ODIs, the 29-year-old has 52 wickets while in 28 T20Is, he has 34 wickets.

“I got a phone call from the selectors saying they were trying a few other options for New Zealand (T20I series in November last year) and I’ve heard nothing since. I haven’t heard anything from anyone, to be honest,” he said. “I want to play at the highest level possible. I’m 30 soon but I don’t feel by any means my England career is over and I actually feel like my best cricket is to come.” 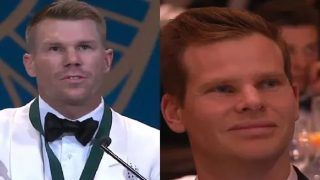 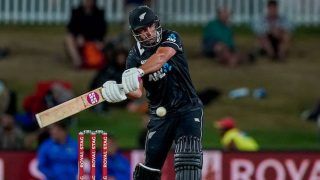