"You don't get the chance to go and play in the biggest Twenty20 competition in the world every day."

David Willey was roped in by Chennai Super Kings (CSK) in Indian Premier League (IPL) 2018 after Kedar Jadhav was ruled out due to an injury. According to reports in AFP, Willey called decision to play IPL was a “no-brainer” even if it put his county contract with Yorkshire at risk. Willey missed several weeks of Yorkshire’s county campaign and even said was threatened about losing his contract. It was a move that angered the Headingley hierarchy, though Willey has since signed a new deal.

Willey, asked if it had been a difficult decision replied: “It was a no-brainer. You don’t get the chance to go and play in the biggest Twenty20 competition in the world every day. I was threatened with them ripping my contract up — which wasn’t great — but that has all been resolved now.”

Willey, however got to play only three matches in the star studded CSK team said playing in the IPL had seen him learn “a lot from a tactical, mental and skill point of view. I found my love for the game again while I was out there, and I really do think I’ve become a student of the game again … I’ve signed another year at Yorkshire — which is going through today — and I still want to play all formats.” 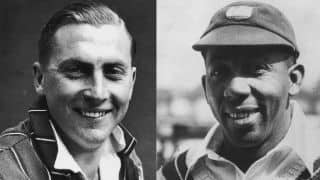 Harold Gimblett and Learie Constantine: Racism that never was