Except for Burns and Handscomb none of the Australian batsman were ablw to play to their potential. Pandya had wickets in successive overs when a miscued pull shot from Marcus Stoinis (2) made for a simple catch at midwicket, and suddenly the Indians were back in the contest. Handscomb loomed as their major obstacle however, with the Australia A captain in imperious form in crunching 15 fours and a six during his 93-ball stay. READ: India vs New Zealand 2016 schedule & tour itinerary announced for 3 Tests and 5

But his wicket – 13 short of a hundred – came in the cruellest fashion, as a mix-up with Beau Webster while pushing for a second left the Victorian stranded mid-pitch and cursing his luck. India A bowlers did an commendable job by bouncing back strong in the second session. Hosts had dominated the first session thanks to Burns and Handscomb’s innings and same was expected from them again. READ: India vs New Zealand 2016 schedule & tour itinerary announced for 3 Tests and 5

But India A bowlers stuck to their basics and got rid of the Australia wickets on regular intervals. From 117 for 2, the hosts side tumbled to 228 for 10 falling short of India A’s first innings total by mere 2 runs. Varun Aaron and Jayant Yadav remained the successful bowlers for India A as both of them got 3 wickets each.

Fortunes turned for India after the lunch break when spin was introduced. Yadav along with Shahbaz Nadeem turned the tables in India’s favour. Nadeem went little costly but Yadav made the needed breakthroughs in quick succession.

India A in theior second innings got off to a disastrous start as they lost opener Akhil Herwadkar, Faiz Fazal early into the play. Captain Manish Pandey and Shreyas Iyer are at the crease and it will a big task for them to make sure that they end the second day on a higher note given the upper hand their bowling department has given them.

Earlier on day one, India A won the toss and opted to bat first. India started off quite well as they ended the first session without losing any wicket. But India A lost their way a little as wickets started tumbling quickly one after the other. Daniel Worrall struck immediately after the interval, finding the edge of Herwadkar’s bat and watching Handscomb stick out his right hand at first slip to hang on to an excellent catch. Fazal was next to go, with Moody grabbing a wicket with the first ball of his second spell as the left-hander chopped on two short of his half-century.

It was just reward for the 21-year-old Western Australian, who toiled hard and maintained an immaculate line and length throughout 12.3 overs. And the same could be said of Swepson, who improved greatly on his last first-class showing at this venue to be a shining light for the Australians.

The 22-year-old leg-spinner had Shreyas Iyer caught and bowled for 19 to leave India A 3-118, but his greatest impact came later in the day. In between, Manish Pandey took control, with the in-form right-hander who already has two hundreds to his name on this tour blasting 13 fours and a six to shift the momentum during the middle session in an entertaining 77 from 76 balls.

In the space of 20.4 overs, India lost 7-42, with Swepson, Sayers and Moody all getting in on the action, and the latter finishing proceedings by taking two wickets with his first three deliveries with the new ball. With the way things have gone by in this Test, it is very likely to yield a result. With the second innings already started on day two, India A should look to bat as much as they can and get to a commendable total on day three.

Australia A held the advantage at stumps on Day One of the first Test against India A. They first bundled out the visitors for 230 on board and then were 25 for no loss at the close of play. Cameron Bancroft and Joe Burns were the unbeaten batsmen at the crease. Despite getting off to a steady start and having ten wickets intact at Lunch, a 6 for 32 collapse saw India A crumble after tea. Manish Pandey was the top scorer for India A on the day, with a 77-run knock, that included 13 fours and one six. But as soon as his wicket fell after tea, India A, kept losing wickets one after the other. 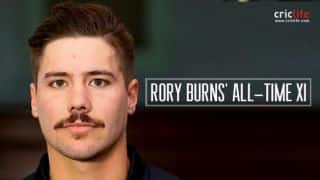