New Delhi:  Delhi Chief Minister Arvind Kejriwal on Monday said Finance Minister Arun Jaitley cannot intimidate him and his party by filing a court case on the DDCA issue. His reaction came after Jaitley filed a defamation suit against Kejriwal and sought Rs.10 crore in damages for alleging financial irregularities in the Delhi and District Cricket Association (DDCA). “Jaitley cannot intimidate us with court case. We will continue our fight against corruption,” Kejriwal tweeted. “Jaitleyji should cooperate with the Commission of Enquiry and prove his innocence there,” he said. The chief minister announced the Commission of Enquiry on Sunday. ALSO READ: DDCA corruption: Arun Jaitley files defamation case against Arvind Kejriwal

Jaitley has said the allegations hurled against him by the AAP would cause “irreversible damage to his reputation”. Jaitley also filed a separate criminal defamation complaint against Kejriwal and Aam Aadmi Party leaders Kumar Vishwas, Raghav Chadha, Ashutosh, Sanjay Singh and Deepak Bajpai. Earlier, The Congress on Monday demanded a parliamentary probe into alleged DDCA irregularities and Finance Minister Arun Jaitley’s resignation but he rejected the charges against him as “baseless”. Jaitley, a former chairman of DDCA, responded by saying that since Delhi did not have a cricket stadium, “we (the DDCA) considered it necessary that the national capital should get a proper stadium”. ALSO READ: AAP to set up inquiry commission to probe alleged DDCA irregularities

Elaborating, Jaitley said the DDCA decided to raise resources and 43 corporate boxes were created at the Ferozeshah Kotla stadium. Further, tickets were sold in advance for 10 years and each seat sold for Rs.1 lakh. He said the DDCA raised another Rs.35 crore by selling space for putting signage.

Bharatiya Janata Party MP Kirti Azad, a former cricketer, instead called for a time-bound probe into the Delhi and Districts Cricket Association (DDCA) affairs and claimed that Aam Aadmi Party and the Congress were only using papers/documents compiled by him on the issues”. 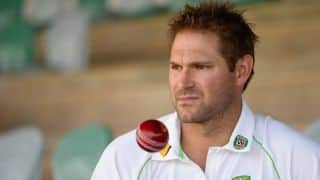