The director also pointed at the seizure of rights of the member of DDCA by management to elect BCCI representative in General Body.

The Delhi and District Cricket Association (DDCA) director Sanjay Bhardwaj has written to the Supreme Court-appointed Committee of Administrators (CoA) and said that the committee is itself violating the orders of the Supreme Court. He has gone on to request the committee to not overlook the mails sent by DDCA secretary Vinod Tihara regarding the mismanagement in association.

In the mail, the director has pointed at how serious violation of direction No. 38 and 39 of the Judgment of August 9, 2018 of the SC has happened with regards to the new constitution of BCCI.

“In the 10th status report submitted by you in the Supreme Court on 28th October 2018, you have allowed many states including DDCA to amend the constitution overlooking the court directions which is a serious violation of Supreme Court orders.

“You are allowing many states to amend their respective constitution and holding elections simultaneously. This is again a serious violation of Supreme Court approved constitution Section no 32.

“In the 10th status report submitted by you, you have prayed to Supreme Court in point no 26, 27 and 28 that SC should give specific directions each of the association falls in Category A, B and C to make amendments on the similar line of SC approved constitution and submit the same with BCCI. These directions by SC are still awaited. Without withdrawing your pray you have proceed in the matter which is again a serious violation of your own pray in SC,” the mail read.

The director also pointed at the seizure of rights of the member of DDCA by management to elect BCCI representative in General Body.

Echoing the sentiments, a DDCA member and former member of the Board of Directors said: “Unless there is some manipulation at the ROC or unless someone has exerted some pressure externally, there is no way that the Articles of Association could be considered to be amended. It would simply be rejected for following the incorrect procedure.

“We are also keen to know whether the powers that be in the DDCA have also surreptitiously changed the requirement of a General Body meeting to select the DDCA’s representative to the BCCI. These developments are very serious and unprecedented.”

A senior BCCI official said that the whims and fancies of the CoA wasn’t something new. “This is hardly surprising. The CoA has a plan not only to conduct the BCCI elections, but to influence its result. Allowing this to happen and to change the status of DDCA from substantially compliant to fully compliant is only a step in that direction. Such brazen attempts to influence the BCCI elections are unprecedented and disappointing,” he said. 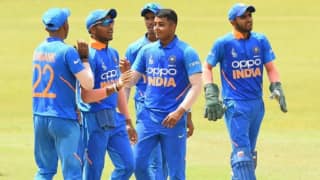