The members of the DDCA on Saturday strongly opposed the amendments to the body's constitution proposed by Justice Vikramjit Sen.

New Delhi: The members of the Delhi District & Cricket Association (DDCA) on Saturday strongly opposed the amendments to the body’s constitution proposed by Justice Vikramjit Sen. A total of 87 amendments were proposed by Justice Sen at the meeting at Feroz Shah Kotla Stadium on Saturday, but strongly opposed by the DDCA members. Talking to IANS, Narendra Bakshi, an ordinary member of the association, pointed out certain proposals, which he said “are irrelevant and strongly need a change. We are totally against it”. The proposals which Bakshi wanted be rectified include proposals no. 52, 53, 55, 60, 64, 65, 66. DDCA skips BCCI captains conclave

One of the many proposals that was suggested to be rectified read,”The Board of Directors Shall consist of Office Bearers including President, Vice-President, Secretary, Joint Secretary and Treasurer and other Directors three amongst whom shall include one representative of the players, a woman and a first class cricket player of India.” To this, Justice Sen said, “we have heard and noted your points, we will rectify the same and come back. The meeting is adjourned until July”. Earlier, the DDCA on Tuesday skipped the all-important captains conclave organised by the BCCI due to lack of coordination between the officials. The conclave is an annual affair, where the coaches and captains of all domestic sides come together to discuss the season that went by and also what improvements can be brought about in the coming season. DDCA defmamtion case: Delhi High Court issues notice to Arvind Kejriwal

The DDCA was supposed to be represented by coach KP Bhaskar and captain Gautam Gambhir. Gambhir was informed by the DDCA administrator Justice (Retd) Vikramjit Sen via email but his physical condition made it difficult for him to travel to Mumbai. 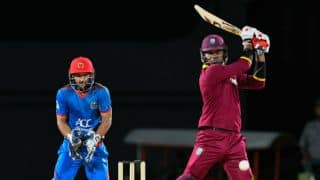 Afghanistan vs West Indies 2017, 2nd T20I Preview: A chance for the hosts to seal the deal 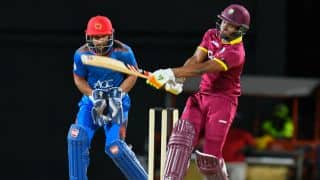