Arvind Kejriwal and five other AAP leaders in a criminal defamation case filed by Finance Minister Arun Jaitley in the wake of the DDCA controversy.

Jaitley, who filed the complaint against Kejriwal and the others, also was present in the court. After Kejriwal’s counsel R.K. Wadhwa and CL Gupta told court that they have not been supplied with copies of the documents pertaining to the complaint, the court directed Jaitley to do so. It then fixed May 19 for next hearing. Security at the Patiala House courts was beefed up since Thursday morning in view of the hearing in the case.

The entry to courtroom number 4, where the case was scheduled, was restricted after lunch. Only the accused, those giving sureties, complainant Jaitley, lawyers appearing in the matter, and six journalists were allowed to enter the courtroom. Slogan-shouting supporters of the Bharatiya Janata Party and the Aam Aadmi Party scuffled outside gate number 2 of the court complex.

Jaitley told the court on January 5 that the AAP leaders had given “false and defamatory” statements in a case involving the Delhi and District Cricket Association (DDCA), thereby harming his reputation. He said the AAP leaders made the statements with a view to deflect public attention from a Central Bureau of Investigation probe against a civil servant working with Kejriwal. Jaitley urged the court to initiate proceedings against Kejriwal and others on the charge of defaming him. The AAP leaders had alleged corruption in the DDCA, which Jaitley headed for 13 years until 2013. Jaitley has denied the allegations. 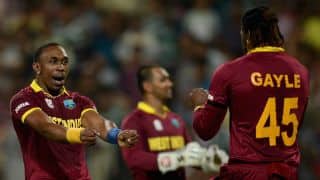