The banter began after Islamabad United tweeted a footage of an encounter between both players.

Former Australian cricketer, Dean Jones has always been quite a character on and off the field. His life after cricket is as intriguing as his life during his playing days. One such occasion was during the Benson & Hedges World Series in 1994. Australia took on Pakistan in match 11 of the series that saw Jones come face-to-face with Waqar Younis.

Younis was recently appointed team director and bowling coach of the Pakistan Super League (PSL) franchise, Islamabad United. Islamabad Twitter handle shared their excitement with a short video of Jones getting bowled by Younis. Ironically, Jones is the head coach for Islamabad.

Jones replied to the tweet in a witty manner by reminding Younis that it was 80 runs too late. Younis had the final laugh though, as he asked Jones to look what happened to his stumps.

Just a reminder @waqyounis99 this knock cost you 80 runs be fore you got me! https://t.co/1jqFoWp3BF

Whatever……did you see what happened behind you

PSL season 3 gets underway in February 2018. 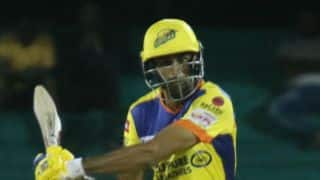 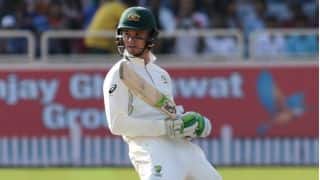 India vs Australia 2017-18: Peter Handscomb called up as cover for Aaron Finch