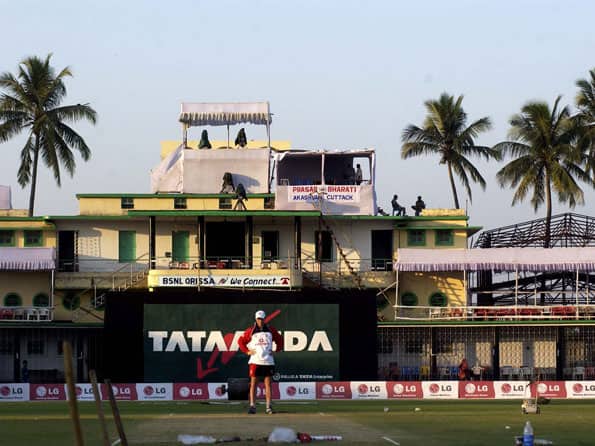 As per the BCCI guidelines, Deccan Chargers would pay Rs 30 lakh per each match to the association to host matches at Barabati Stadium Getty Images

This was finalised when the Hyderabad-based Deccan Chargers signed an agreement with OCA here.

“Deccan Chargers would play against Delhi Daredevils on April 19 and against Kolkatta Knight Riders on April 22 here at Barabati stadium,” said the OCA secretary Asirbad Behera.

Two representatives of the Hyderabad-based team, including its manager Venkat Reddy arrived here on the day and finalised the deal as per the BCCI guidelines.

As per the BCCI guidelines, Deccan Chargers would pay Rs 30 lakh per each match to the host association, Behera said.

Behera also pointed out that unlike earlier arrangements, the Deccan Chargers has taken the responsibilities of selling the match tickets as per its own convenience.

Expressing satisfaction over the arrangements at Barabati stadium, Venkat Ready said the two matches here would be very interesting and since the local lad Biplav Samantray is with us, we hope to see jam-packed stands on both the days.

Samantray, the promising Odia all-rounder was roped in by the Chargers earlier this month. “We are trying to pick up another local player for the team and planning to include Samantray in the playing XI for both the matches to be played here,” Venkat Reddy told newsmen.(PTI)