Openers Deepti Sharma (188) and Poonam Raut (109) launched a furious onslaught on Zimbabwe Women today at Senwes Park, Potchefstroom in the ongoing Women s Quadrangular Tournament, taking them to 358 for 3 in 50 overs their highest in 50-over cricket.

Openers Deepti Sharma (188) and Poonam Raut (109) launched a furious onslaught on Zimbabwe Women today at Senwes Park, Potchefstroom in the ongoing Women s Quadrangular Tournament, taking them to 358 for 3 in 50 overs their highest in 50-over cricket. At one point India Women were 227 without loss after 39 overs: then Deepti and Poonam cut loose; the remaining 92 runs of the partnership came off a mere 39 balls. Deepti and Poonam added 320 for the opening stand, the first ever triple-hundred partnership in the history of Women s ODIs going past the existing record of 268 between Caroline Atkins and Sarah Taylor. By then India Women had also set a new highest score, going past their previous record of 298 for 2. FULL CRICKET UPDATES: India Women vs Ireland Women, Women’s Quadrangular Series

But neither was any mood to relent, especially the teenager Deepti. She (82) was actually behind Poonam (85) when they were racing each other to the hundred-run mark. Such was Deepti s dominance for the rest of the innings that when she was clean bowled by Rachel Delaney for 188, Poonam had reached 108. In the process Deepti first raced past the 12-year-old record of 138* by Jaya Sharma, setting a new Indian record. Then she raced up the ladder at breakneck pace, going past one name after another in the quest for the highest score. Unfortunately, she had to remain content with the second spot with a 160-ball 188. She remained 39 runs short of Belinda Clark s 229 not out in the 1997 Women s World Cup but will remain the second-highest run-scorer in Women s ODIs.

Poonam, too, retired out in the same over for a 116-ball 109, presumably to provide her teammates with some batting practice. Taking full advantage, Shikha Pandey smashed her way to a 14-ball 27 before getting run out off the penultimate ball. Veda Krishnamurthy remained unbeaten on a 12-ball 8. 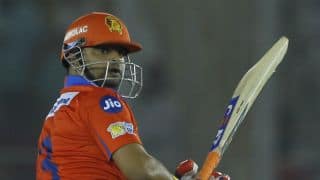 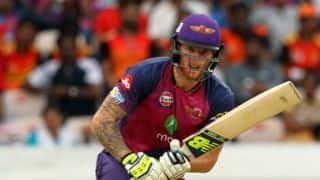