As per the BCCI SOP given to all franchisees, the player, who tests COVID-19 positive, has to undergo a set of tests.

Another big blow for last year’s finalists Delhi Capitals as their ace all-rounder Axar Patel will not take part in his team’s opening game of the upcoming edition of the Indian Premier League, scheduled to begin on April 9 in Chennai. Axar Patel, who was tested positive for COVID-19 on Saturday, has been kept in isolation due to quarantine protocols.

This is the second major blow for Delhi after the injury of their regular captain Shreyas Iyer who was ruled out from this year’s IPL. Iyer suffered dislocated his right shoulder during the ODI series between India and England. The injury was serious enough for the Indian batsman to be ruled out of the 2021 edition of the cash-rich T20 tournament.

“Axar had checked into the team hotel in Mumbai on March 28, 2021, with a negative report. His report from the second COVID test, came positive,” the franchise said in a statement.

“He is currently in isolation at a designated medical care facility. The Delhi Capitals medical team is in constant touch with Axar and ensuring his safety and well-being. We wish him a speedy recovery.”

As per IPL protocol, Patel will have to serve a mandatory 10-day quarantine period and has to return two negative RT-PCR results on the final two days to return to action.

Since his quarantine period will be over on April 12, Patel will not be available for DC’s opener against CSK on April 10 in Mumbai. He might miss the second game too on April 15 against Rajasthan Royals.

As per the BCCI SOP given to all franchisees, the player, who tests COVID-19 positive, has to undergo a set of tests.

After recovery, players must undergo a cardiac screening before resuming any team activities, according to the protocol.

Axar recently got 27 wickets in three Tests in his debut series against England.

Patel is the second IPL player to have returned a positive report after Nitish Rana. The left-handed Kolkata Knight Riders batsman had initially tested positive for COVID-19 but later returned a negative report. 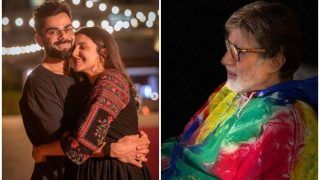