Delhi Capitals have unveiled their jersey for the upcoming season of Indian Premier League that gets underway from March 23.

Delhi Capitals have unveiled their jersey for the upcoming season of Indian Premier League that gets underway from March 23. (ALSO READ: After three-year wait, Vihari aims to maximise IPL opportunity)

The rechristened Delhi franchise will kickstart their IPL campaign against three-time winners Mumbai Indians at the Wankhede Stadium on the second day of the competition.

“In continuation with the new look of the franchise which can be found in the new logo characterized by the three tigers, the new jersey has incorporated tiger stripes in a cool blue shade,” the franchise said on their website on Saturday. (ALSO READ: IPL releases schedule for first two weeks, CSK to face RCB in opener)

Shreyas Iyer will lead the side while batting legend Ricky Ponting will continue to be the head coach with Mohammad Kaif to assist the Australian.

After series of underwhelming performances over the years, the Capitals have undergone a major revamp. Known as Delhi Daredevils, they were rechristened to Delhi Capitals in December last year with a brand new logo. 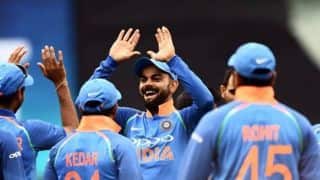 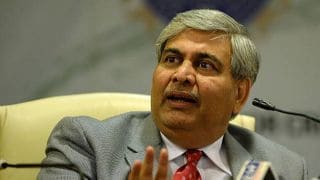