The Ranji Trophy 2015-16 match between Bengal and Delhi involved the infamous war of words between Manoj Tiwary and Gautam Gambhir. Tiwary had reminded Delhi of the same match ahead of Ranji Trophy 2017-18 semi-final as the two teams clashed yet again, pointing out the fact that Bengal had taken the first-innings lead. After Delhi thrashed Bengal on their way to the final in the current season, Delhi coach KP Bhaskar marked Tiwary’s comments unnecessary, critisising both his attitude as well as the decision to go in with four bowlers.

“It was uncalled for. I thought they were probably overconfident, getting 850 [695 for 6] against Gujarat. How can you go with four bowlers against a side like Delhi with Gautam and some of the youngsters around? Probably that means they were relying more on their batting,” Bhaskar told media after the match, reported EspnCricinfo.

However, Tiwary stood by his previous comments.

“We did remind them [about Delhi having conceded the lead]. There is no two ways about it. I haven’t said that we we were going to beat them hands down. Let them say whatever they want to. It’s our fault and we didn’t capitalise on the start we got. Obviously we have to disturb the batsmen in the middle. But we have to give credit to their openers who played really well. But that’s the way the game goes,” said the Bengal skipper.

Though disappointed particularly after the performance in semi-final, Tiwary mentioned his Bengal boys made him proud.

“In a game, there are periods where the time comes where you have to be mentally prepared and determined, which we didn’t do. But I am proud of them and credit to them for doing well all season. It’s a time where people want quick results but we need to give time. There were 15 centuries in the season which something Bengal isn’t used to. We are producing [quality] players as well.”

On the other hand, happy coach Bhaskar praised the youngsters.

“Guys like Kunal Chandela have been a revelation. Vikas Tokas played a gritty innings today along with Himmat Singh. Tokas has a slight hamstring tear, but he should recover [ahead of the final]. He bowled his heart out today.” 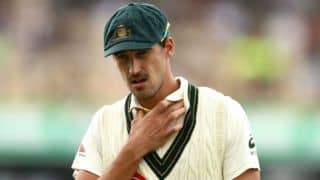