Metropolitan Magistrate Abhilash Malhotra issued the summons to Arvind Kejriwal and Kirti Azad, asking them to appear before the court on February 18.

The petition, which is likely to come up for hearing before the court on February 8, alleged that these defamatory statements were given by Kejriwal and Azad, who himself is a member of DDCA, perhaps to remain in the public eye and to gain political mileage . The aforesaid actions of the accused (Kejriwal and Azad) have severely damaged the credibility and reputation of the complainant (DDCA) in the eyes of thousands of cricket lovers, citizens of India as well as internationally.

It has always been a serious apprehension, which has come true in the present case, where provocative statements, irrespective of their falsity, have entered the realm of the internet and social media, and are being republished and forwarded again and again, making it next to impossible to squelch the same. Therefore, the unwarranted conduct of the accused should not go unpunished, the petition, filed through advocate Sangram Patnaik, said. 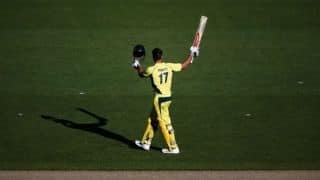