The owners said that he will serve on the board of the JSW GMR Cricket Private Limited as a Non-Executive Director.

Hemant Dua will step down as the CEO of Delhi Daredevils from September 1, the GMR-owned franchise has announced today.

In a release issued Tuesday, Dua said: DD has been a part of my journey for sometime now. The franchise is close to my heart and thus, I will always be available for the betterment of the franchise. I wish DD and it s new management the very best in its endeavour to bring the trophy to our own city of Delhi .

Dua had served as CEO of Delhi Daredevils since 2013. The owners said that he will serve on the board of the JSW GMR Cricket Private Limited as a Non-Executive Director.

Daredevils have consistently underperformed in the IPL. They finished last in the league in 2013 and 2014, seventh in 2014, sixth in 2016 and 2017 and most recently last in 2018. Under Dua as CEO, the franchise spent heavily on purchasing the likes of Pawan Negi for Rs 8.5 crore and Chris Morris for Rs 7 crore in 2016 and Rs 9 crore for Glenn Maxwell this year. 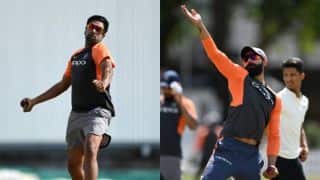