Out of the 18 times these two teams have played each other, KXIP have won 10 and DD have won eight times.

Delhi Daredevils (DD) kick start campaign at home of the Indian Premier League (IPL) 2017, taking on Kings XI Punjab (KXIP) at the Feroz Shah Kotla. While DD go into the match at the back of a 97-run thrashing of Rising Pune Supergiant (RPS) in the previous match, KXIP suffered their first loss of the tournament, losing to Kolkata Knight Riders (KKR) by 8 wickets. While DD will look to add to their win, KXIP will look to bounce back from their disappointing defeat at the Eden Gardens. After a 15-run loss in the first game of the tournament against Royal Challengers Bangalore (RCB), DD put up a much improved batting show in the second match against RPS to post 205 for 4, thanks to a magnificent ton from Sanju Samson the first of IPL 2017. LIVE CRICKET SCORECARD, Delhi Daredevils vs Kings XI Punjab – Match 15

It is always good to see when teams learn from their mistakes and Delhi Daredevils have done just that. Against RPS, DD s bowlers to did a commendable job by bowling RPS out for a mere 108 in 16.1 overs. By the look of it, it seems like DD s INR 5-crore buy Kagiso Rabada will continue to warm the bench as Pat Cummins has done a fair job in the two matches so far. But the opening combination seems to be DD s problem. In the absence of Shreyas Iyer and Quinton de Kock, Aditya Tare and Sam Billings have taken the responsibility. Shreyas, however, is available for this match and could replace his Mumbai skipper at the top.

DD do not have major problems to address. DD went in with Corey Anderson against RPS in place of Carlos Brathwaite and might persist with him in this game as well. Sri Lanka captain Angelo Mathews too has recovered from his injury and has joined the DD squad, just ahead of this match. if drafted directly into the side, he is most likely to replace Corey Anderson.

KXIP were high on confidence until they ran into a determined KKR in their third match. Unfortunately for Kings XI Punjab, they did not have any batsman at the top who got a big score and as a result, they ended about 20 runs or so short against KKR. The highest individual scorer was Manan Vohra, who made 28. Hashim Amla, Glenn Maxwell, Wriddhiman Saha and David Miller too got into the 20s, but failed to convert that into anything substantial.

KXIP however need to make a change or two in their bowling department. Mohit Sharma somehow made it to the playing XI in the previous game despite being very ordinary in the first couple of matches. KXIP have gone into all three games with just one frontline spinner in Akshar Patel. It will not be a wrong idea to replace Mohit with a spinner. KXIP have a leg-spinner in Pardeep Sahu, who was a regular member in the previous edition. Also, the mystery spinner KC Cariappa is available. However, it is likely that KXIP will bring left-arm orthodox Swapnil Singh into the fold. He picked up the big wicket of MS Dhoni when he was played against RPS.

KXIP are likely to stick with their other fast bowler s troika in Varun Aaron, Sandeep Sharma and Ishant Sharma. However, they have T Natarajan in the squad, who played in the first couple of games. Not to forget Anureet Singh, who also can be handy as he has the knack of bowling those slow deliveries with tremendous control.

Head-to-head: KXIP have s superior head-to-head record. Out of the 18 times these two teams have played each other, KXIP have won 10 and DD have won eight times. However, at Feroz Shah Kotla, both teams have won four games apiece. Last time these two sides met, Marcus Stoinis all-round show won KXIP the game. He scored a fifty opening the batting and then finished with figures of 3 for 40 in his 4 overs.

Prediction: KKR showed how KXIP can be beaten, if the opposition teams control the run flow of their top-order batsmen. DD, having put up a terrific bowling performance in their previous match, will look to do the same. Toss will become very crucial. The trends in IPL 2017 indicate that the team chasing has the advantage. Shreyas return boosts DD s batting, who were excellent against RPS. However, Delhi Daredevils will hope that the likes of Karun Nair, Billings and Anderson too chip in with runs. 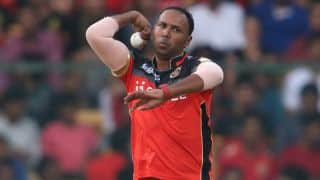