Number.3 in the Delhi Daredevils (DD) take on visitors Rising Pune Supergiants (RPS), in Match 33 of the ongoing Indian Premier League (IPL) 2016 at the Feroz Shah Kotla Stadium in Delhi on Thrusday. DD are number three in the table with 5 win from 7 games where as RPS are number 6 in the table with 2 points from 8 games. DD mostly will make to the playoff stage but RPS will need to win all their games from here on and depend on other teams to lose their games in order to progress into the play-off stages.  DD skipper Zaheer Khan has been brilliant with his team when it comes to bowling and fielding placements where as RPS skipper MS Dhoni has looked out of ideas in this edition of IPL. Full Cricket Scorecard: Delhi Daredevils vs Rising Pune Supergiants, IPL 2016, Match 33 at Delhi

For RPS, Usman Khawaja and George Bailey could get a chance to make their debuts, with Khawaja coming out a brilliant t20 season last year in BBL and WT20 RPS will feel confident of the same. Bailey who was with KXIP last year has been in decent for with the bat in Australia domestic circuit will add the much needed stability to the team. DD were boosted by the fact that Rishabh Pant batted magnificently along with the lone ranger Quinton de Kock.

With most bowlers leaking runs, there has been a case for Irfan Pathan to return to the playing XI. Pathan has just played one match in IPL 2016 and since warmed the benches. Scott Boland had a decent IPL debut, but Albie Morkel can come in his place if RPS feel the need to have some more depth. 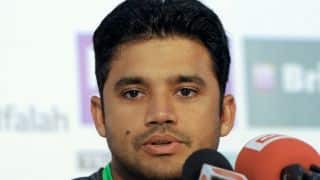