Delhi Daredevils will have to win this match to have a chance of making it to the playoffs.

Delhi Daredevils (DD) take on Sunrisers Hyderabad (SRH) in Match 52 of the Indian Premier League (IPL) 2016 at Raipur. This is the first time that an IPL match is being played in this venue. DD are currently in the sixth position with 12 points, whereas SRH are right on top of the table with 16 points, tied with Gujarat Lions (GL), who are in second position due to an inferior net run rate. DD will have to win this match and the next against Royal Challengers Bangalore (RCB) if they are to have a chance to make it to the playoffs. FULL CRICKET SCORECARD, Delhi Daredevils vs Sunrisers Hyderabad, IPL 2016, Match 52 at Delhi

Quinton de Kock has been DD’s most consistent performers this season so far. He has gotten DD off to a good start on more than one occasion. But they have been very consistent so far in the season and will look to improve on that for their remaining two matches in the group stage. As far as SRH are concerned, their batting has clicked beautifully, but they suffered a major setback when they learnt that their star bowler Ashish Nehra has been ruled out for the rest of the season due to a hamstring injury. Delhi Daredevils vs Sunrisers Hyderabad, IPL 2016, Match 52 at Raipur: Preview

This is a crucial match even for SRH. Although they have enough points on the board, they will want to add to their win as it will surely guarantee them a place in the top two, which will be a major boost going into the playoffs. SRH have the best combination among the teams in the IPL 2016 and will look to carry forward their good run throughout the tournament. 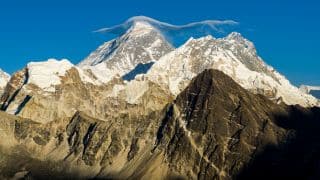