A few days before Diwali, the Air Quality Index (AQI) was rated as very poor.

The air pollution in New Delhi has become a cause of concern ahead of the three-match T20I series opener between India and Bangladesh.

The Asian rivals are scheduled to kick off the T20I series in the national capital on November 3 at the Arun Jaitley Stadium.

In 2017, the touring Sri Lankan side was left gasping for breath during a Test match at the venue. A majority of the Sri Lankan players were forced to wear protective masks. Some of their players also fell ill.

A few days before Diwali, the Air Quality Index (AQI) was rated as “very poor”. As per the information available on Thursday, at 8:30 am, the AQI in the vicinity of the Delhi University was 357, said a report in PTI.

BCCI’s rotation policy in regards with the match venues and Bangladesh’s traveling route forced the Indian cricket board to schedule the series opener in New Delhi.

“Look, we have factored in the post Diwali air pollution in Delhi but since the match is a week away, we are hopeful that the players won’t face any health hazards,” a senior BCCI official told PTI, admitting the are practical concerns.

“The travel itinerary has been chalked in such a manner that Bangladesh will directly arrive in Delhi and exit the country from Kolkata. We wanted to make the travelling convenient that it starts from North, goes to West (Nagpur, Rajkot, Indore) and finishes in the east (Kolkata),” added the official.

The PTI report also states that the Bangladesh side will be asked to carry face masks in case the need arises.

However, some relief will be in store because of the Indian government’s directive asking the farmers in the neighbouring states of Punjab and Haryana to stop paddy stubble burning.

“We have told Punjab and Haryana to completely stop stubble burning at least for the next few critical days. Next three weeks, especially days between October 26 to November 4, are critical and we are taking care,” C K Mishra, Environment secretary, said. 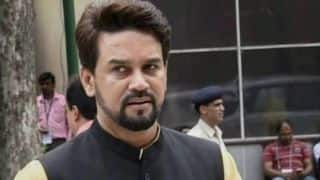