Mohit was batting on 250 at the end of 18 overs and went to hit 50 runs in the remaining 2 overs of the match, including 34 off the last one.

There was a time when 200-run mark in One-Day International (ODI) cricket was a far-fetched dream. Then Sachin Tendulkar breached the barrier for the first time. Since then, five more double tons have been scored in ODI cricket. Similarly, when Twenty20 (T20) cricket first burst onto the scene, scoring an individual hundred in 20 overs was perceived as a tough task. However, Chris Gayle hammered a hundred in the opening match of the inaugural ICC World T20 in 2007 to set a new benchmark. Later, Gayle went on to score 175 runs in an IPL match for Royal Challengers Bangalore (RCB) in 2013. It became the highest score of T20 cricket (excluding club cricket).

This, many thought, may not be surpassed in near future. But Mohit Ahlawat, a 21-year-old cricketer from Delhi, has not just surpassed Gayle s record with ease, but also become the first person to score 300 runs T20 cricket. The wicket-keeper batsman achieved this unprecedented feat in a local T20 tournament named Friends Premier League at Delhi s Lalita Park, playing for Maavi XI against Friend s XI on Tuesday. Mohit s unbeaten knock of 300 runs came off just 72 balls and was laced with a whopping 39 sixes and 14 boundaries.

He was batting on 250 at the end of 18 overs and went to hit 50 runs in the remaining 2 overs of the match, including 34 off the last one. He hit 5 consecutive sixes off the last 5 balls of the innings to get to the milestone. His effort led his side to a massive 416 at the end of 20 overs.

The previous best at any level in T20 cricket was by a Sri Lankan player named Dhanuka Pathirana. He had scored 277 off 72 balls in England in 2007. 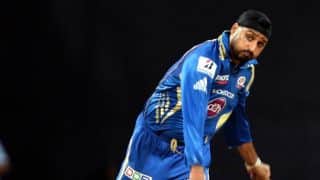 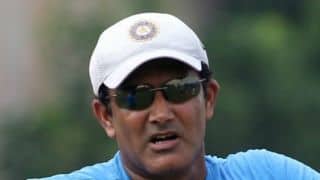