Dennis Lillee was credited for rejuvenating the career of Mitchell Johnson.

Fast bowling mentor Dennis Lillee has parted ways with Cricket Australia (CA) after being refused a pay rise, officials said on Tuesday. The former great was drafted in to provide guidance and coaching advice to the national side on a part-time basis last year and was instrumental in rejuvenating the career of Mitchell Johnson.

He was credited with fixing the quick’s technical problems and boosting the confidence of a player who spearheaded Australia’s 5-0 Ashes Test whitewash of England and then the 2-1 victory over South Africa.

Lillee also worked with Pat Cummins and all-rounder James Faulkner. Cricket Australia said on its website Tuesday that the two had failed to agree terms “after protracted negotiations”.

“Unfortunately Dennis Lillee didn’t accept Cricket Australia’s offer to renew his contract,” a spokesman said.  “He is a great of the game and the door will always be open to him if he wants to return and be involved in any way.” In a radio interview in February, Lillee accused Cricket Australia of “quibbling over an increase” to his pay and made it clear he would “take a stance” if they did not meet his terms.

Lillee is regarded as one of cricket’s greatest fast bowlers, claiming a then-record 355 Test wickets in 70 Tests for Australia. His decision to walk away came after Cricket Australia this week extended the contract of Test fast bowling coach Craig McDermott until 2016. 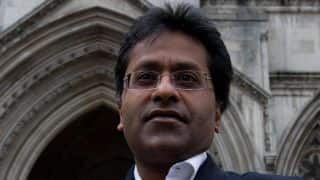