We have the first finalist of Desert T20 2017, as Afghanistan registered a comprehensive 8-wicket win over Oman, in the first semi-final at Dubai International Cricket Stadium. In the pursuit of 150, Mohammad Shahzad went bonkers and plundered 80 off 60 balls, including 8 fours and 3 sixes. He was rightly adjudged Man of the Match for his stunning performance. His team will play the final tonight with the winner of the second semi-final between Ireland and Scotland. As a matter of fact, the penultimate and ultimate stages will be played on the same day, making the situation even more challenging for the finalists.

Afghanistan chose to bowl and restricted Oman to 149 for 8 on a belter of a track. They, for that matter, conceded only 63 runs off the first 10 overs, keeping the onslaught at bay. To make matters worse, the scorecard read 95 for 5 after 15 overs. Oman had no option but to use the long handle to blasting effect. The middle order did so and churned out 54 off the last five overs, courtesy Naseem Khushi’s 17-ball 29, setting up a competitive 150-run target for Afghanistan. Fareed Ahmed was pick of the bowlers, picking 3 for 35.

In reply, Afghanistan openers added 91 for the first wicket, putting the opposition on the back foot. While Shahzad continued his rampage, Khawar Ali got the better of Nawroz Mangal for 34. But later, Asghar Stanikzai scored 25 off 18 to put the final nail in the coffin and entered the ultimate stage of this extravaganza. 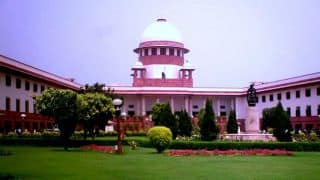 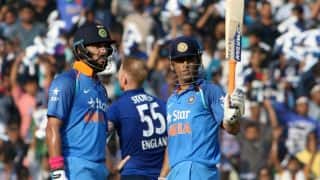