Devandra Bundela is the most capped cricketer in Ranji Trophy history.

Devendra Bundela, the Madhya Pradesh stalwart, has announced his retirement from First-Class cricket to end his 22-yearlong career. Bundela is the most capped cricketer in Ranji Trophy history. The 2017-18 Ranji Trophy quarter-final clash against Delhi will be last First-Class game, it s the same match where he crossed the 10,000-run mark in First-Class cricket. He captained Madhya Pradesh for seven years and was a vital cog.

Rising from age group cricket, Bundela made it to the Under-19 Indian side in 1995. Later that year, he made his debut for Madhya Pradesh in a List A match against Rajasthan. He was handed in First-Class debut two months later in the Ranji Trophy pre-quarterfinal between Madhya Pradesh and Tamil Nadu. Bundela got 26 and 34.

Bundela would go on to make 164 First-Class matches, amassing 10,004 runs at 43.67. He has 26 hundreds and 54 fifties to his name. He bowled part-time medium pace and claimed 58 wickets in First-Class cricket, which included two five-wicket hauls and one 10-wicket haul in a match.

He also played 82 List A matches and scored 2,299 runs at an impressive 41.05. He never got a national call-up despite spending over two decades for the Madhya Pradesh side. With 9,201 runs to his name, the 41-year-old has third most runs in Ranji Trophy history after Wasim Jadder and Amol Mazumder. 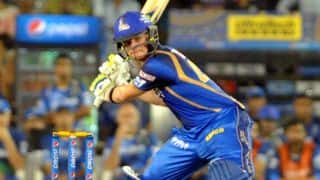 Rajasthan Royals: We will miss Steven Smith in IPL 2018 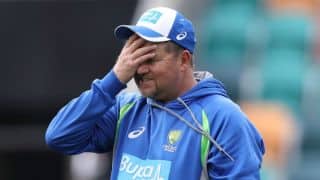