Vastrakar, India’s most capped T20I fast bowler, injured her ankle during a warm-up game against the West Indies.

Devika Vaidya will be replacing India fast bowler Pooja Vastrakar in India’s ICC Women’s World T20 squad after she was ruled out of the tournament. Vastrakar, India’s most capped T20I fast bowler, picked up a knee injury during a warm-up game against the West Indies on November 4 and was helped off the field having bowled seven deliveries. Her replacement, Vaidya is supposed to join the team before their semi-final clash, after the approval from the event technical committee.

Vastrakar did not play any of India’s three games in the tournament and the 19-year-old’s injury comes as a big blow. She was eyeing a return to the side having recovered from an ankle injury that forced her to miss the Women’s Challenger Trophy and the tour of Sri Lanka. With 12 wickets in 11 games, the seam-bowling allrounder had pipped the experienced Shikha Pandey to bag a berth in India’s World T20 squad.

Vaidya has played just one T20I which came way back in 2014 against South Africa in November. She sent down three overs to conceded 30 runs without a wicket. Her last ODI game though took place earlier this year in in April against England, where Vaidya scored 11 off 31 and bowled five overs for 15 runs. One of Vaidya’s most crucial knocks came during the World Cup qualifier match against Sri Lanka in 2017, where her 89 paved the way for India’s 114-run win over the hosts. 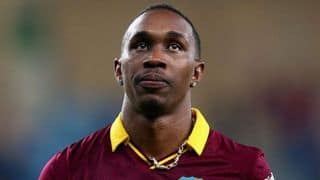 I’m the only player that really paid: Bravo on India tour pull-out