Centurion Dhananjaya de Silva retired hurt before tea, as Sri Lanka put up 226 for 5 against India on Day Five in the third Test.

Centurion Dhananjaya de Silva retired hurt before tea, as Sri Lanka put up 226 for 5 against India on Day Five in the third Test. After the visitors lost Angelo Mathews early, de Silva built a stable partnership with Dinesh Chandimal. Though Chandimal departed for 36 in the second session, de Silva’s century kept Sri Lanka’s hopes of drawing the Test alive. At the crease now are Niroshan Dickwella (11*) and Roshen Silva (38*) as Sri Lanka need 184 in a session.

Soon after the de Silva-Chandimal partnership crossed the hundred-run mark, Ashwin removed the later. Chandimal tried to step out for a big one but missed the line, in turn getting clean bowled. Roshen Silva, the debutant who was dismissed for a duck in the previous innings, was off the mark with a boundary. De Silva completed his third Test century soon after.

A certain call for quick runs saw de Silva walk off the field. In an attempted to save his wicket, de Silva slid to reach his crease and poked his injury furthermore. This compelled him to remain retired hurt and leave the field for 119*.

Dickwella took the crease and soon hit his first boundary with his signature sweep. Roshen and Dickwella remained unbeaten at tea. 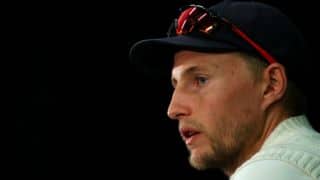 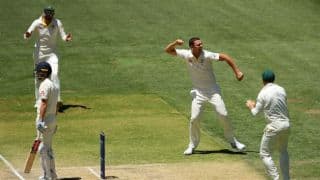