Dhawal Kulkarni talks about his current form and his struggle to enter the Indian team.

Indian pacer Dhawal Kulkarni expressed happiness over his selection for the five-match One-Day International (ODI) series and the one-off Twenty20 International to be played during India‘s ongoing tour of England.

“I never lost hope. I knew that if I kept at it, my chance would come. Those six years weren’t easy. It’s not easy to maintain your momentum and intensity level season after season,” Kulkarni was quoted as speaking to The Indian Express.

Kulkarni, who made his First Class debut in 2008, got a call for the ODI squad for India’s tour of New Zealand in 2009. However, the Mumbai youngster turned out to be a mere spectator throughout the successful tour. His selection for the ODI squad travelling to the West Indies turned out to be another case of bad luck when he injured himself right before the start of the series.

“Last year against the West Indies, I got injured just after I was picked. It’s hard to describe how I felt. At this level there aren’t many who get second chances. And I do consider myself lucky. Life has come full-circle,” added Kulkarni.

Kulkarni, who emerged the leading wicket-taker with 14 scalps during India ‘A’s victorious campaign in the recently concluded Quadrangular series in Australia, believes that his bowling has matured over the years and that he is ready to break into the international level.

It is unfortunate for a bowler as consistent as Kulkarni to not play international cricket years after domestic debut. He finished as the leading wicket-taker in his maiden Ranji Trophy season. He will be travelling to England with an experience of seven outstanding seasons as a bowler in the domestic circuit. 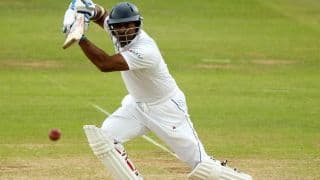